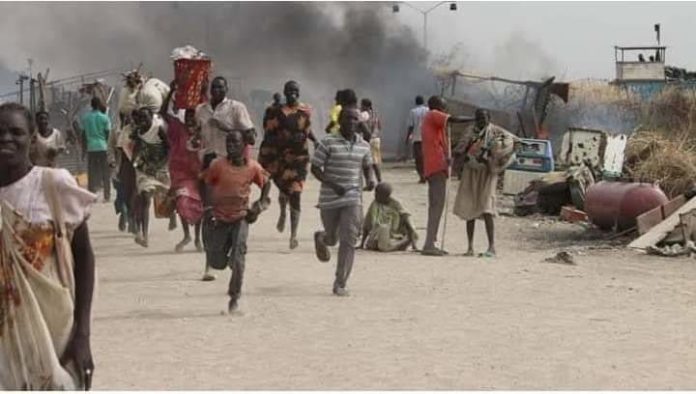 There was tension yesterday at Ugwuachara in Ebonyi State after suspected Fulani Herdsmen stormed the area to carry out an attack on the members of the community.

A resident of the area who spoke to newsmen said that the villagers were able to resist the herdsmen because the youths of the community were at alert throughout the night.

He said the displaced Fulani Herdsmen at their former settlement center located at Ugwuachara regrouped yesterday night to attack the residents but were subverted by the combined efforts of the Youths in the area.

He thanked the youths for being smart in resisting the attack which could have resulted to the loss of lives and property.

Governor David Nweze Umahi on Tuesday condemned the senseless attack on the people of Egedegede in Ishielu Local Government Area of the State by suspected herdsmen.

A statement by his Special Assistant on Media and Publicity said the Governor made the condemnation when he personally visited the Communities on receiving the security information on the matter to ascertain the level of carnages.