HomePolitics2023: Why South-East May Withdraw Support For PDP - Ezeife
Politics

2023: Why South-East May Withdraw Support For PDP – Ezeife 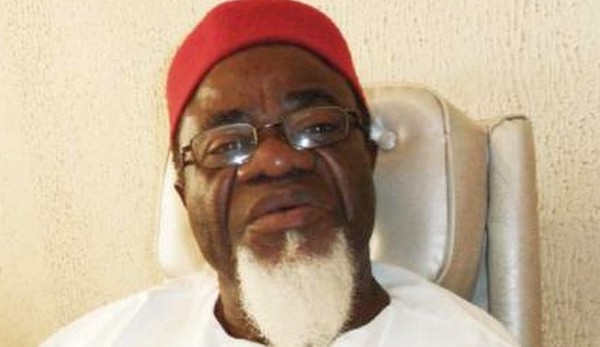 A former gov­ernor of Anambra State Chief Chukwuemeka Ezeife, yesterday said the Peoples Democratic Party (PDP) would be making a dangerous mistake ahead of the 2023 gener­al elections if it goes ahead to throw its presidential ticket open without zoning it to the South.

Speaking in an interview with correspondents Ezeife said the South-East and South-South may be forced to dump the PDP if the presidential ticket goes to the North.

There are indications that the PDP will adopt the report of its committee set up to re­view why the party lost in the 2019 presidential election and recommend solutions on how the party would return to pow­er in 2023.

Recall that a 14-member commit­tee, headed by Governor Bala Mohammed of Bauchi State had recommended that the presidential ticket of the par­ty should be thrown open to all regions instead of resorting to zoning arrangement, a po­sition which greatly angered Southern stakeholders in the party.

With the development, many believe it is a strategy by the party leadership under Prince Uche Secondus to zone the ticket to the North.

According to Ezeife, it remains to be seen how the PDP will survive in 2023 if the South-East and South-South which are its strong base with­drew their support.

‘There is no problem if the PDP decides to throw the presidential ticket open with­out zoning it to the South. They are already digging their own grave.

‘The strength of the PDP is in the South East and South-South. But if they say they are not zoning presiden­cy to the South, it means it is time for us to forget PDP and we will see how they will sur­vive,’ he said.