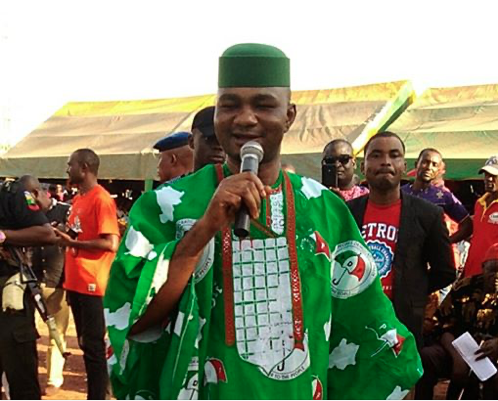 The factional Chairman of the crisis-ridden Peoples Democratic Party (PDP) in Ebonyi state, Onyekachi Nwebonyi, has resigned his membership of the party and defected to the All Progressives Congress (APC).

Nwebonyi announced the defection alongside some state Executive Committee members of his former party.

According to Nwebonyi, who led others who decamped to the APC those that resigned with him are all the Chairmen of the 13 Local Government Area Chapters of the PDP including the Chairmen of 171 Wards of the Party.

Read Also: Umahi And The Rudiments Of Political Party Defections In Nigeria

He was received by the Acting Chairman of the party in the state, Stanley Okoroemegha, and other leaders of the party.

Giving reasons for his defection to the APC, Nwebonyi said they were dissatisfied with both the national and zonal leadership of the PDP.

He also cited marginalization of the Southeast zone by the PDP, violation of the ruling of the Federal High Court sitting in Abakaliki which recognized him as the authentic chairman of the party, and their inability to work with the present leadership of the Party at the zone as some of the reasons behind the defection.