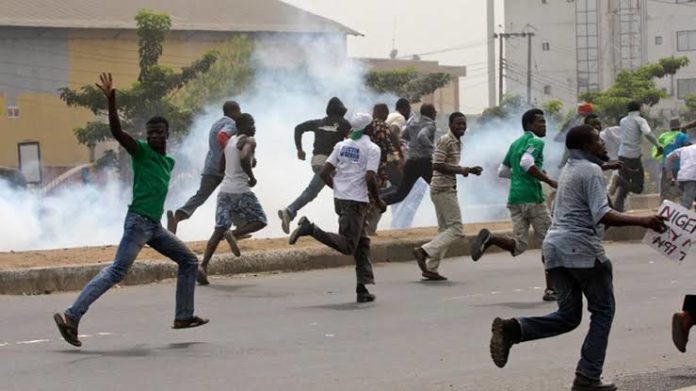 A headless body was recovered and 15 others were alledgedly abducted after  the Ugbo community, in the Arochukwu Local Government Area of Abia State, and Ikpanja, in the Ibiono Ibom LGA of Akwa Ibom State had a bloody confrontation.

Residents of Ugbo appealed to the Abia State Government to come to their rescue to avert further loss of lives.

A community leader, Mazi Jerry Onwumere, who spoke to journalists, said more lives might be lost if nothing was done to address the situation.

The Abia State Commissioner for Information, Chief John Okiyi-Kalu, said security personnel had been deployed in the area.

He said the headless body of the victim had been recovered and deposited in a mortuary.

The police spokesman explained that police operatives from the two states had been sent to the warring communities, adding that normalcy was returning to the areas.