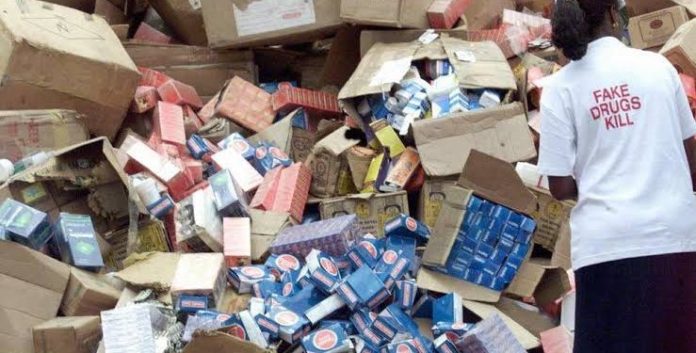 The National Agency for Food and Drug Administration and Control (NAFDAC), on Sunday, disclosed that it has uncovered a warehouse of banned, controlled, fake and counterfeit products, worth millions of naira, in Oyi Local Government of Anambra State.

The agency, made this disclosure in a statement released in Abuja, stating that its operatives discovered the warehouse in the cause of routine operation in the nooks and crannies of the three geo-political zones of the federation, namely, North West, South East, and South-South, to mop up expired drugs and unwholesome food products with a view to safeguarding the health of the Nigerians.

The Agency further revealed that the confiscated items are awaiting destruction, pending the setting aside of a Court Order to that effect.

Meanwhile, the Agency has destroyed counterfeit drugs, vaccines, cosmetics, and other expired items worth N2 billion, seized in the cause of the routine zonal operations.

While counterfeit items worth over N1.4billion seized from both the South East and South-South zones were destroyed in Awka, Anambra state, similar unwholesome items worth N613 million, were destroyed at the Kalebawa dumpsite along Kazaure-Daura road, Dambatta, Kano.

NAFDAC Director-General, Prof. Mojisola Adeyeye, described the action as a lesson to other people who might nurse the idea of dealing with counterfeit drugs or other unwholesome food items.

She, however, warned that, henceforth, there won’t be a hiding place for the merchants of death who derive joy in the unpatriotic act of circulating expired and falsified drugs and food products that are inimical to public health across the country.

She was optimistic that the destruction of the dangerous products would help eliminate the risk of their re-introduction into the market, noting that drug counterfeit is an act of economic sabotage and pose a serious threat to public health.