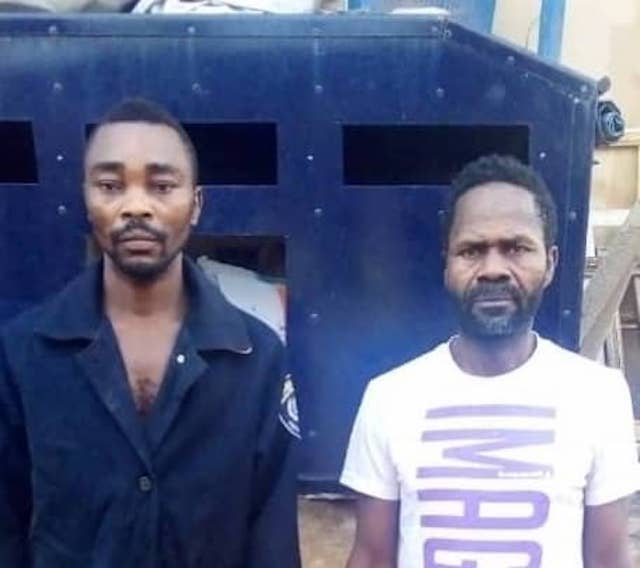 The Anambra Police Command has arrested two rapists by name Chidiebere Uzoma and Uchenna Nwegbu have been arrested in Awada, Idemili North LGA of the state for the brutal rape of a 16-year-old girl.

The men, 45-year-old Uzoma, and 23-year-old Nwegbu conspired on 19 February to gang rape the girl.

According to reports, they left the girl unconscious after she lost so much blood.

Thanks to public-spirited people, the girl was rushed to the hospital where she was urgently attended to.

A medical examination confirmed penetration and multiple lacerations of her hymen.

Mohammed said the two men have voluntarily confessed to the crime.

They were arraigned before the magistrate court Idemili on 11 March.