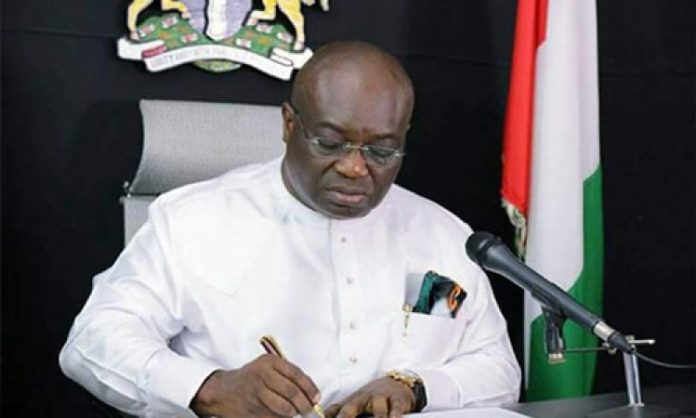 Public school Teachers in Abia State have suspended its strike action which lasted over 3 months resumed work in their various schools.

This was made known in a  statement by the state chairman of the NUT, Comrade Kizito A. Kalu, and the State Secretary Mrs. Nnenna Okonkwo, stated the decision was reached following the intervention and extensive deliberation by the NUT, National leadership on the plight of Abia Teachers with Governor Okezie Victor Ikpeazu on Monday, March 1, 2021.

The statement read in part, ‘The government has agreed to pay the basic school teachers the N10,000 added on salaries of all workers in the state.

‘The issues on policy matters will also be addressed when the whole documentation is made available e.g. promotion implementation, leave grants, and others.

‘The state Government has equally directed that the check-off dues and Teachers’ Retirement Contributions should be paid along with every salary payment of teachers.

‘On the foregoing, and based on the understanding reached with the NUT leadership, we have been directed to inform you that the ongoing strike action is hereby suspended. Teachers are by this notice directed to go back to classes tomorrow Wednesday 3rd March 2021.

‘The National leadership commends your doggedness and sustainability throughout the period of the strike action.

‘We want to sincerely appreciate our amiable governor, His Excellency, Dr. Okezie Ikpeazu for his timely intervention and we pray that those offices involved in the implementation of all the resolutions will do the needful.’