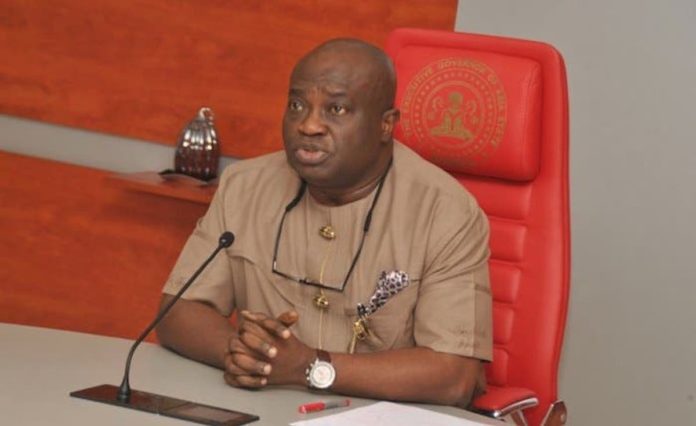 Teachers under the payroll of Abia State Government yesterday defied the government’s pleas and promises aimed at appeasing them to call off the industrial action they embarked upon and continued to stay at home.

The teachers, under the auspices of the Nigerian Union of Teachers (NUT), Abia State branch, had embarked on the strike over the non-payment of arrears of salary and other emoluments.

The teachers vowed not to call off the strike until all salary arrears owed them were paid.
Commissioner for Information, John Okiyi-Kalu, in a chat last Friday, said the state government spent N2.1 billion to pay the November and December arrears of teachers’ salary.
He equally said the government had, from January, commenced payment of teachers’ salaries based on the TSS.

The commissioner said there was no excuse teachers will give not to return to classrooms.
While admitting it might not be possible to pay all the arrears in one swoop, he said the government was ready to pay them piecemeal and urged NUT to call off the strike.
When Daily Sun visited some schools in Umuahia, the state capital such as Ibeku High School, Amuzukwu Girls Secondary School, and Amuzukwu Community Primary School, they were under lock.
A man at the gate of Ibeku High School, who refused to disclose his name, said no teacher came to the school yesterday.

Facebook
Twitter
WhatsApp
Email
Telegram
Previous articleBlockade Of Food From North To South, An Act Of War – Kanu
Next articlePolice Detain Woman In Ebonyi For Plotting To Sell Baby