Why We Must Support ESN – World Igbo Congress 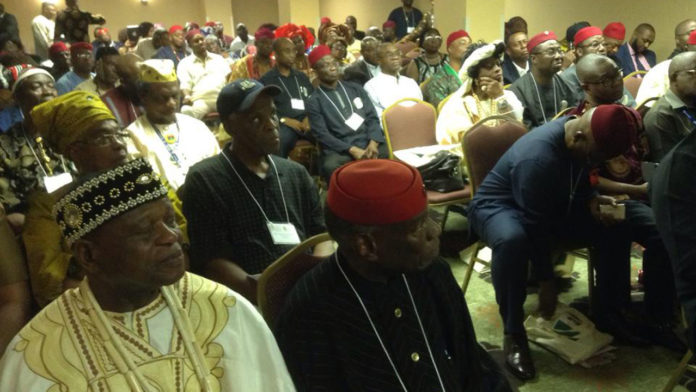 The World Igbo Congress, WIC, has asked the south-east governors to establish an enforcement team that will help implement its ban on open grazing in the region or alternatively transfer the enforcement contract to the Eastern Security Network, ESN, at no cost.

The Public Relations Officer of WIC, Basil Onwukwe, said that there was no wrong way of doing the right things, noting that the South-East must support ESN “because volunteering to serve is an immeasurable gift to our nation and they must not be discredited or undermined by anyone.”

Nesiama Onwukwe said the decision was reached after Igbo Leaders across the world met last weekend under the auspices of the World Igbo Congress hosted by the Board Chairman, Prof Anthony Ejiofor. WIC applauded steps the governors took to ban open grazing in their states, stating that It was now time to match words with action by establishing an enforcement task force that will prosecute the open grazing offenders and declare the use of bushes for human habitation a crime.

‘We want to see Open Grazing Prohibition Task Force that will enforce the anti-grazing rules established in the states.

‘There is an existing law against the destruction of farm produce in the ministry of Agriculture and the governors need to enforce the law by establishing the task force. The government may transfer ban enforcement to ESN at no cost.

‘It was agreed that the action will eliminate the herders /farmers clashes and bring an end to the use of bushes as a criminal hideout.

‘World Igbo leaders also called on the Eastern governors and political leaders in the southeast to embrace the activities of the ESN for the protection of lives and properties of our homelands.

‘All hands must be on deck now to ensure that the rate of killings, kidnappings, banditry, armed robbery, and other hideous crimes caused by Fulani Herdsmen in the south-east are reduced drastically,’ Onwukwe stated.