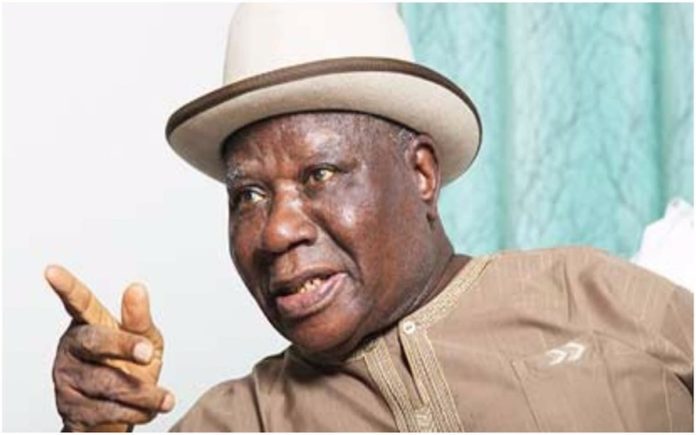 Elder statesman, Chief Edwin Clark, has lashed out at the attempts to equate Niger Delta militants with Northern bandits, describing it as not only criminal but also unconscionable.

Clark stated this in a reaction to the ongoing peace efforts by Kaduna-based Islamic Cleric, Sheikh Abubakar Gumi.

Briefing journalists in Abuja yesterday, the former Minister of Information while commending Gumi, however, said comparing the Niger Delta militants ‘who are exposed to all kinds of illnesses and deprivations, as a result of oil exploration, to murderous, bloodthirsty villains, who have taken up arms against the state, using different names, such as Boko Haram, bandits, killer herdsmen, kidnappers is very inhuman.’

The leader of the Pan Niger Delta Forum (PANDEF) stated that Gumi and his cohorts, including the Fulani, seem to be ignorant and envious of the Amnesty granted the Niger Delta militants by late President Umaru Yar’Adua, in August 2009, and which was opened for embracing until October 4, 2009, by the then Niger Delta agitators.

Clark said: ‘Sheik Gumi’s action, together with those who went with him, to embark on that venture sameness, is commendable. I recall undertaking similar efforts, after a government delegation, led by Maj. Gen. Godwin Abbe went to Oporoza in Gbaramatu, Escravos River to plead with Tompolo to accept the terms of the amnesty.’

Clark however argued that the grievances of the Niger Delta youths were and still are, against the government, as against the exploiting oil companies, which have remained adamant by refusing to develop their areas of operation but have continued to fly their people from Lagos to perform their job at the rigs in the creek, and flown back to Lagos at the end of each working day.