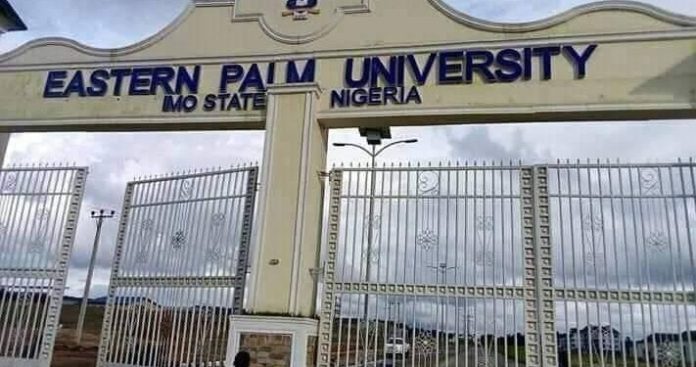 The Imo State House of Assembly has given its approval to the conversion of Eastern Palm University (EPU) allegedly owned by the former Governor, Owelle Rochas Okorocha into the K. O Mbadiwe University.

The approval was the response to an executive bill presented by the Deputy Majority Leader of the House and members representing Ehime-Mbano state constituency, Emeka Nduka during plenary on Wednesday.

Some members of the Assembly who reacted to the bill apportioned blame on the 8th House of Assembly which earlier passed the EPU bill into law.

Eastern updates had earlier reported that the former governor who claimed ownership of the University, entered into a Public-Private Partnership (PPP) with the Imo State government using Rochas foundation to sign the Memorandum of Understanding (MoU).

It would be recalled that the Senator representing Orlu zone at the National Assembly had faced a series of attacks by Imo people on his claims to have owned the university.

The former Governor had severally been quoted as claiming that 90% of the university belonged to him while 10% was for the Imo State government.

Further reports had it that a judicial panel set up by the immediate past Governor of the state, Emeka Ihedioha, a couple of days back, finalized its inquiry and investigation to find out that the said institution was built with Imo State money.

Meanwhile, some lawmakers from Okigwe zone including the member representing Obowo state constituency, Kennedy Ibeh have appealed to the state Governor, Hope Uzodinma to consider the zone for the location of its satellite campus.

The Eastern Palm University is currently located at Ogboko in Ideato South Local Government Area of the state, the country home of the former Governor, Owelle Rochas Okorocha.