HomeFeaturesEmmanuel Opara Set To Be Inducted Into AIMBE
Features

Emmanuel Opara Set To Be Inducted Into AIMBE 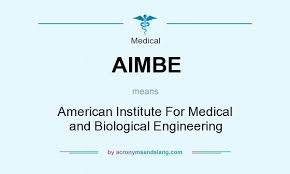 Nigerian Scientist, Dr. Emmanuel Chukwuemeka Opara, has been admitted into the  Fellowship of the American Institute of Medicine and Biological Engineering, AIMBE.

In a letter, the AIMBE confirmed that Opara, who is a Professor and Graduate Programme Director, Regenerative Medicine/Biomedical Engineering, Wake Forest School of Medicine, has been elected to its College of Fellows.

Opara was nominated, reviewed, and elected by peers and members of the College of Fellows for exceptional contributions to the use of alginate microbeads for cell therapy and drug delivery.

Born in Lagos, of Igbo parents in 1951, Opara attended the Government College Umuahia, and the University of Nigeria Nsukka, where he studied biochemistry, graduating in 1976.

His work in organ systems pathophysiology has drawn wide acclaim in the scientific community, particularly in the bioengineering of a bioartificial Pancreas. Opara has taught widely including at Virginia Tech and the Duke University College of Medicine.

His appointment as a Fellow of the American Institute of Medicine and Biotechnology suggests continued affirmation of his groundbreaking work on his way towards the Nobel Prize.

Facebook
Twitter
WhatsApp
Email
Telegram
Previous articleMilitary Conducts Air Strikes In Orlu In Search Of ESN
Next articleAir Strikes: ‘They Have Finally Brought The War Upon Us’ – IPOB