HomeFeaturesEEDC Laments Over High Rate Of Vandalism In South-East
Features

EEDC Laments Over High Rate Of Vandalism In South-East 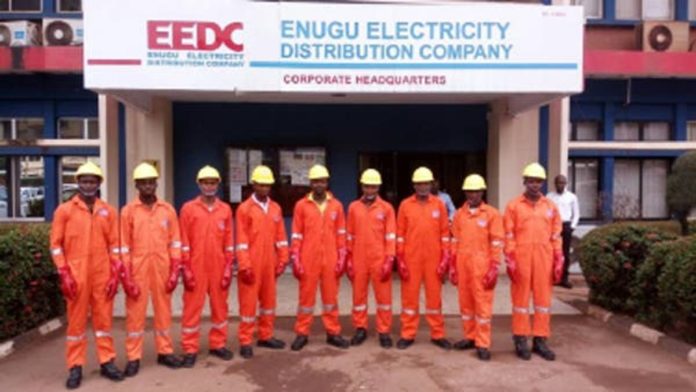 The Enugu Electricity Distribution Company (EEDC) has cried out over the high rate of vandalism of electrical installations and wiring in various parts of the South-East.

The Head, Communications of EEDC, Mr Emeka Ezeh, said this while speaking with the Newsmen on Sunday in Enugu.

Ezeh noted that the company in a bid to cut down the spate of the ugly trend has launched a whistle-blowing line to check the rising incidents of vandalism in the South-East.

‘Residents are encouraged to make use of the company’s whistle-blowing lines 084 700 110 and 0814 602 6678 to report any suspicious attempt on installation or report to the EEDC office serving them or to the nearest police station,’ he said.

According to him, vandalism and other similar vices have been identified as the major challenge affecting the smooth operations of the EEDC. Ezeh said that the company had resolved to go all out to fish out receivers of those vandalised items. Ezeh also lamented that the company committed millions of naira in replacing the vandalised facilities with the attendant revenue loss this challenge posses.

‘Management of the EEDC is not relenting in her commitment to ensuring that apprehended vandals are tried in accordance with the law and made to face the consequences of their actions.

‘We believe that this will serve as a deterrent to many others out there, engaging in such acts.

‘Customers are therefore advised to be vigilant and not allow these installations within their neighbourhood vandalised, as they will be inconvenienced once this happens,’ he said.

According to him, the vandals were arrested on Feb. 7 for vandalising the Shell Road 500KVA distribution substation at Umueri in Aguleri, Anambra State. He said: ‘They were subsequently taken to the Aguleri Police Division where they made confessional statements to committing the crime and also mentioned the receivers before being arraigned in court’.