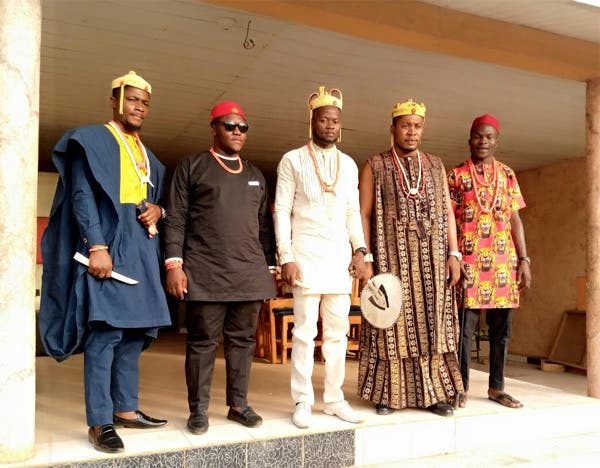 The National Igbo Students Union State President (NISU) at the Federal University of Agriculture, Makurdi, HRM. Comr. Emmaunuel U. Onyishi, in a recent release, has outlined series of development projects that will support the intellectual advancements of Igbo Students nationwide, and encourage responsive leadership and resolve issues associated with functional effectiveness in the Union. The statement also seeking financial supports to enable the union achieve progress and fruition in her programmes.

Onyishi stated that the outlined programmes will be centered on purchase of land for NISU Secretariat, Students skill acquisition and empowerment center in Makurdi, provision of 18-seater official bus, and the supply of personal protective equipment to be distributed to students on resumption; such as nose masks, face shields and hand sanitizers to cushion the effects of the dreaded Covid-19 pandemic within the Institution.

According to him, other projects include agricultural venture which will serve as a dual purpose for the institution. ‘In this venture, the Union will develop a plantain plantation, tomato and cucumber cultivation at the Federal University of Agriculture, Makurdi,” says Onyishi. He also stated that the plantation is expected to serve as a sustainable source of revenue for the union as well as an experimental and practical ground for students in related scientific courses.’

Onyishi however, emphasised on the required financial support needed to achieve success of the project. He noted that the outlined projects would encourage and support the intellectual advancements of Igbo Students nationwide, thereby curtailing the challenge of unemployment upon graduation and enhancing the contribution of students to nation building through proactive measures.

‘The union is sincerely seeking financial support from notable personalities, institutions, groups, alumni associations, development partners and governments towards making the project a success,” says Onyishi who was coroneted in October 2019.’

He is optimistic that his reign and administration will create significant impact for Igbo students in the Benue state and across the nation.