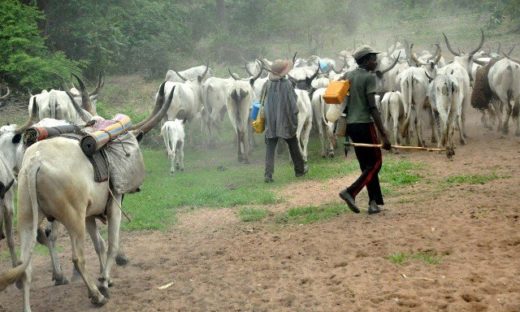 The Ebonyi State government has banned underage herders from operating in the state.

These were part of the communique issued at the end of an expanded security council meeting in Abakaliki, the state capital.

The meeting had in attendance leaders and members of the Miyetti Allah Cattle Breeders Association in the state.

Heads of various security agencies in the state were also in attendance at the meeting which was chaired by Governor David Umahi.

“The various communities are by this meeting empowered to arrest and handover to the police any underage herder within your community and the chief herder who is the custodian of such underage persons must be prosecuted by the police, in accordance with our law,” said the communique read by the deputy governor, Kelechi Igwe.

The statement warned that “Henceforth, members of Miyetti Allah and their leadership must take responsibility for any destruction of farms, crops, properties, including any attack on any community on Ebonyi State; rape cases are not exempted from this.

“They must produce within seven(7) days for arrest and prosecution the perpetrators of such dastardly acts from amongst their membership.”

In the same vein, the communique warmed that “Communities leaders and traditional rulers, development centre coordinators, local government council chairmen, and political office holders must take responsibility and produce attackers and killers of herdsmen or the cows for arrest and prosecution within seven (7) days whenever such occurs”.

“Henceforth, herders must reside in the community where they graze their cattle,” it said.

“All persons carrying cow by foot on the tarred road, on our concrete roads must be arrested and handed over to the police within seven days of prosecution by the community within which such infractions come,” the statement read.