Home Editorial After The Exodus, Who Is Man Enough To Head PDP Imo State?
Editorial

After The Exodus, Who Is Man Enough To Head PDP Imo State? 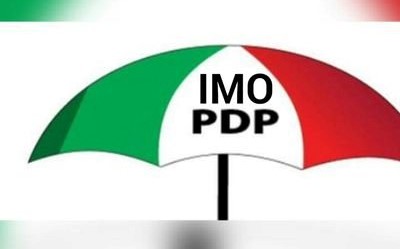 The peace within the Peoples Democratic Party, PDP, Imo State chapter will be stretched to its elasticity as the party moves into electing a new State Chairman for the next four years.

As the party has buried its first State Chairman, Chief ID Nwoga, it goes to the polls today Saturday August 1, 2020, to find that man who will manage the affairs of the party.

Already five people have indicated interest for the office now vacated by the last Chairman, Chief Charles Ezekwem. Many have predicted that the outcome of the Congress will determine how cohesive the Imo PDP will remain as it battles a hostile Government in Imo State led by the All Progressive Congress APC.

Read Also: PDP Set To Bounce Back After Losing Power In Imo

While the Aspirants are a mixture of both old and young, it is now left for the party Elders, Leaders, and Delegates to decide the fate of the party which would be determined by who would emerge the next Chairman today.

Meanwhile, the Five Aspirants are from Okigwe zone following the PDP zoning formula which directs that the Chairman should come from Okigwe zone. They are; Chief Charles Ugwu, Prof Obioma Iheduru, Hon Ngozi Ogbu, Chief Chuks Ajaelu, and Comrade Emeka Nwaokeke popularly known as the Iroko.

While Ugwu and Iheduru are above seventy years, Ajaelu, Ogbu, and Nwaokeke are within the age bracket of Forty to Fifty. Isiala Mbano has Iheduru, Obowo has Ugwu, Okigwe produced Ogbu, only Ihittee Uboma has two Aspirants in Nwaokeke and Ajaelu.

From all indications, the Imo PDP State Chairmanship Congress in 2020 may end up in the voting field, except something happens between today since there seems there is no consensus candidate yet.

Pundits predict that should the matter stretch to ballot box, the exercise will be between Emeka Nwaokeke and Chief Charles Ugwu. While the younger elements in the party root for Nwaokeke, the old folks who want experience and proved pedigree, demand for Ugwu. However, what is certain is that Imo PDP will produce a new State Chairman on Saturday.

Following how the last chairman, Chief Charles Ezekwem abandoned the party and joined APC immediately Supreme Court announced Senator Hope Uzodinma as the Governor, the party does not want to fall into same scenario again, and therefore is putting everything into scrutiny before arriving at the final decision of who pilots the affairs of the party in the next four years.

Will it be Ugwu or Nwaokeke, is it Ajaelu or Ogbu; will it be Iheduru? That question will be answered today.