Anambra: Tension As man’s Corpse Is Deposited In Front Of Palace 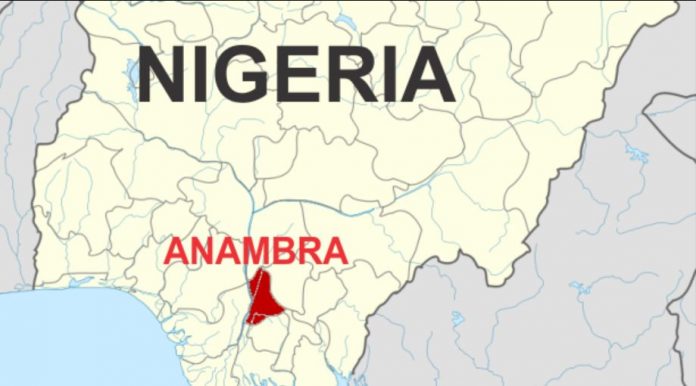 There was tension in Ogidi Community in Idemili North local government area of Anambra when a suspect died while trying to run away from police arrest in his compound.
It was gathered that the suspect identified as Chike Okoye jumped from his fence to invade policemen sent by the Eze to arrest him but got injured and later died in the hospital.
The source said that the death of the suspect angered some youths who took to the streets in protest and carried the corpse in a tipper to the palace of Igwe Alex Onyido for intervention.

The Easter Updates also gathered that the deceased was in a hot land contention case with Igwe Onyido.
The youths marched along the streets but were stopped by police who mobilised to stopp them from rampaging and destroying property.
The source also said that youths were dispersed by police while the corpse was taken to Iyi-Enu hospital morgue.
The traditional ruler of Ogidi Igwe Onyido who confirmed the incident called on the people to remain calm and allow the police to do their job.
THE EASTERN UPDATES
Facebook
Twitter
WhatsApp
Email
Telegram
Previous articleKidnappers Abduct Commissioner’s Father In Abia
Next articleCBN Anchor Borrowers’ Scheme Not For Political Farmers – Ebonyi

Veteran Nollywood actor Ernest Asuzu, popularly known as EL Cream has passed on. Ernest had suffered a stroke in 2015 which affected his ability to...
Read more
Features

The Biafra Nations League, BNL, has frowned at Nnamdi Kanu, the Leader of the Indigenous people of Biafra, IPOB, for saying that the Hausa...
Read more
Features

As the shared prosperity administration of Senator Hope Uzodinma continued its verification in Imo State, the retirees are said to be facing hard times...
Read more
- Advertisment -