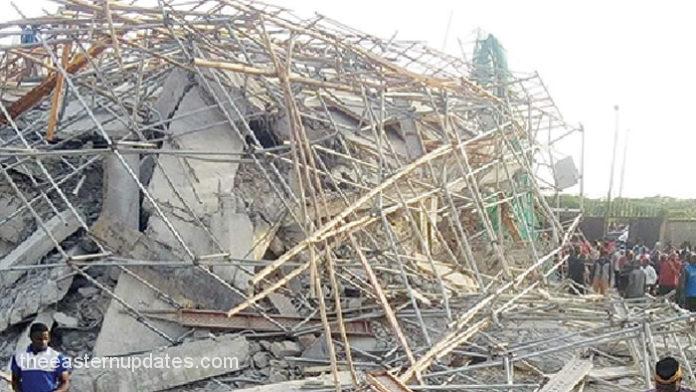 The deployment of non-professionals has been blamed as one of the main causes of the incessant building collapses in Imo State and the country at large by the Owerri Capital Development Agency (OCDA).

Mr. Francis Chukwu who is the General Manager, OCDA, made this remark yesterday while speaking at the Nigeria Institute of Building, Imo State chapter’s 4th Builders Workshop/Induction ceremony, in Owerri, the Imo State capital.

Chukwu, who disclosed that the agency has set up a committee, in conjunction with Nigeria Institute of Building, to look into the cases of building collapse in Imo State, regretted that quacks handle most of the building constructions in the state. He, therefore, advised developers to always engage the services of certified builders, in order to avert unpleasant consequences that arise from building collapse.

He commended the Nigeria Institute of Building (NIOB) for mounting the workshop and assured them of his authorities’ readiness to always synergise with NIOB.

The chairman, Nigeria Institute of Building, Imo State Chapter, Dr. Andrew Osuagwu, explained that the activities of NIOB, include collaborating with OCDA in development control, creating awareness amongst Imo people, corporate organisations and government agencies, in order to engage registered builders who are authorised by law to construct buildings.

Osuagwu, therefore, called on the state House of Assembly to domesticate the national building codes in Imo State. He also appealed to the state Governor, Hope Uzodimma, to approve the creation of a building control department in OCDA, to be headed by a registered builder.

He believes this would create the right mix of professionals in OCDA.

In another report, officers of the Intelligence Response Team (IRT) of the Nigeria Police Force (NPF) have confirmed the rearrest of no fewer than two inmates who escaped from the Custodial Centre, Owerri during an attack on the facility by gunmen sometime in April 2021.

The suspects, Okechukwu Edison, and Sunday Morrison were rearrested in Port Harcourt, Rivers State in an operation led by the Commander of the IRT, Olatunji Disu, a deputy commissioner of police.