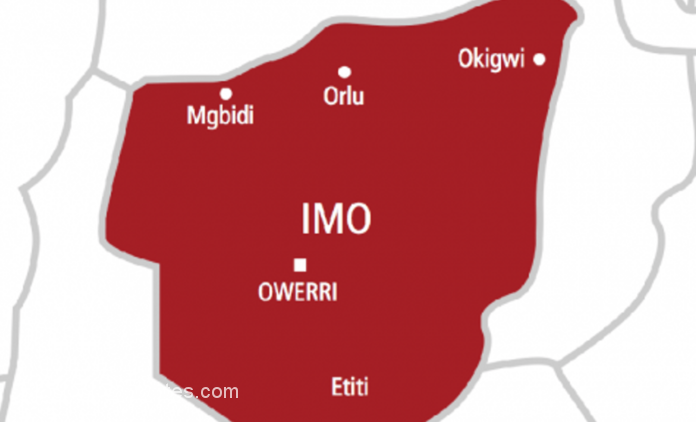 The Commissioner of Police in Imo State, Mohammed Ahmed Barde has condemned in strong words the attack on the palace of His Royal Highness, Eze (Dr.) Ignatius Asor (Fcin), the Udi 1 of Obudi Agwa in Oguta Local Government Area of the state.

The police Chief made this known even as he called for calm, and assured the people of Agwa in particular and Imo State in general that the investigation has commenced and the command will leave no stone unturned until the perpetrators are arrested and made to face the full wrath of the law.

The Eastern Updates had earlier reported that gunmen in their numbers in the earlier hours of Monday invaded the Obudi Agwa community in Oguta LGA of Imo State, killing the community’s monarch and others.

The police confirmed the report in a statement signed by police spokesman Michael Abattam made available to journalists in Owerri, the state capital.

The CP enjoined the people to assist the police with credible information, report any clandestine activities in their community to the nearest police station, or call the command’s emergency control room numbers 08034773600 or 08098880197.

The statement reads, ‘Sequel to a distress call received by the Divisional Police Officer, Divisional Police Headquarters Agwa, in Oguta LGA of Imo State, on the 14/11/2022 at about 1230 hours, that hoodlums suspected to be members of the proscribed Indigenous People of Biafra (IPOB) and its militia affiliate, Eastern Security Network (ESN) are attacking the Palace of His Royal Highness, Eze (Dr.) Ignatius Asor (fcin), the Udi 1 of Obudi Agwa in Oguta LGA of Imo State.

‘The Divisional Police Officer (DPO), joined by the command’s tactical teams immediately, raced to the Eze’s palace, where on arrival, it was discovered that the hoodlums had fled the scene.

‘Preliminary investigation revealed that the hoodlums came in four vehicles and two motorcycles in the company of a woman, disguising themselves as persons in distress and have come to report an emergency situation to him.

‘The unsuspecting royal father allowed them into his palace, and sat down with them; in the process of explaining the reason for their visit, they brought out guns, shot and killed the Eze and two of his aides, and hurriedly fled the palace.

On their way, they attacked the office of the Agwa vigilante group, shot one person and made away with three (3) motorcycles. The police operatives armed with information from eyewitness traced the escape route in pursuit of the hoodlums.