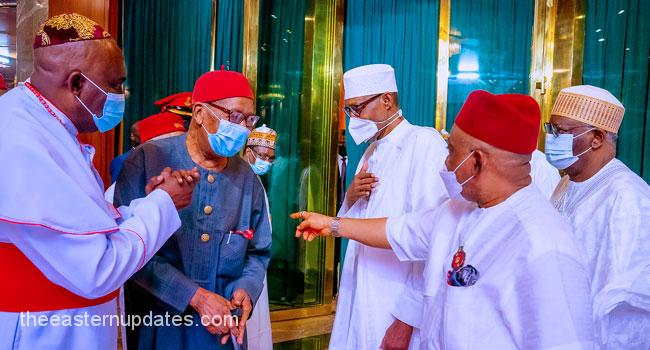 Despite the fact that the Federal Government has approached the Supreme Court to set aside the discharge and acquittal of leader of the Indigenous People of Biafra (IPOB), Nnamdi Kanu, by the Court of Appeal, the leadership of Ohanaeze Ndigbo believes there is still room for a political solution.

Daily Sun reliably gathered that the President General of the apex Igbo body, Prof. George Obiozor, has reached out to the Presidency for a possible meeting.

President Muhammadu Buhari had in previous meetings with delegations of Igbo elders told them that he would not interfere with the judicial process, urging them to allow the court decide Kanu’s fate.

Though the Ohanaeze National Secretariat would not speak on the effort made so far, two Igbo elders, Chief Chukwuemeka Ezeife and first republic minister of aviation, Chief Mbazulike Amechi, in separate interviews, hinted of behind the scene moves to secure Kanu’s release.

Asked to comment on the appeal at the apex court by the Federal Government while still keeping the IPOB leader in detention, Amechi said he would not discuss the issue ‘because there are arrangements for political solution ongoing.  That is why I have not talked about it; we are pursuing a political solution with the presidency.  I would not like to pre-empt what would be the outcome of the discussion.’

Ezeife also expressed optimism that Kanu would soon be a free man.

Ezeife, who said that the Court of Appeal judgement in favour of the self-determination activist was in line with the current spirit of a new Nigeria sweeping across the country especially amongst young people, posited that the earlier Kanu was released, the better for Eastern Nigeria, the nation and the whole black race.