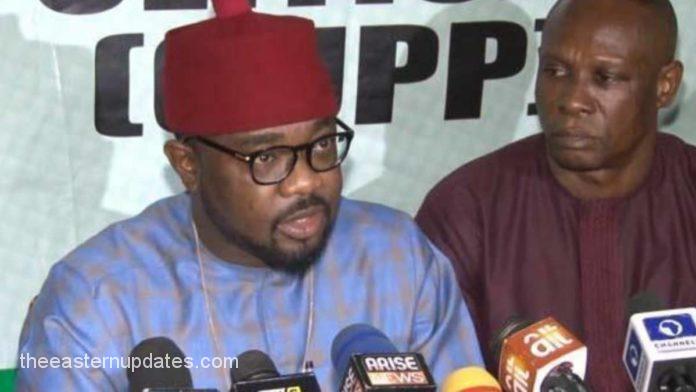 One of the opposition parties in Nigeria, the Coalition of United Political Parties (CUPP) has finally raised an alarm over some plans by the Inspector-General of Police, IGP, Usman Alkali Baba, and the Imo State Commissioner of Police to arrest its spokesperson, Ikenga Imo Ugochinyere and the Labour Party ( LP)  candidate for Orlu federal constituency  Hon. Jeff Ojinika over some trumped up allegation which was in a renewed move to silence the opposition from further exposing those behind the monumental fraud in the Voters register.

According to CUPP, all hands must be on deck to save the credibility of next year’s Presidential and General elections.

The clampdown is coming barely six weeks after the opposition had publicly tendered credible evidence on how the INEC Voter register in Governor Hope Uzodinma Omuma’s ward and 18 other APC states were compromised by those desperate to rig the 2023 election.

In a statement on Monday in Abuja by  Co spokesperson of CUPP,  Mark Adebayo,  the opposition alleged that the same Imo state governor, Senator Hope Uzodinma, and his APC cohorts who mastermind the arrest and detention of INEC  Staff  Mr Felix Agu in Owerri was now after Ugochinyere and other members of the opposition parties.

The CUPP spokesman who is also the PDP candidate for Ideato Federal Constituency had alleged that the anti-kidnap unit of the Imo State police command had perfected a plot to frame him and the ex-lawmaker with some trumped-up charges before a magistrate Court in the state.

The statement titled’ “Public Alert “read, ” I have confirmed that the Nigerian Police and Imo Police Anti kidnap Unit, in particular, are planning to abduct me ( Ugochinyere) & Hon. Jeff Ojinika & use trumped-up charges before a magistrate court to silence the Opposition from exposing more shocking details on those who compromised the voter’s Register and perfected an evil plot to rig the 2023 election which would have thrown Nigeria into Election-related violence.

“The  Inspector General of Police (IGP) must show his readiness to be trusted to police free and fair elections by ensuring that Imo Police command is not aiding Gov . Uzodinma Imo APC Government their plot to silence the truth about the voters register compromise.

“How can we have a police force that instead of going after criminals who compromised the Voter’s register is busy looking for the source of the leakage of the information that has saved democracy? The voter Register is a Publicly displayed document as required by Section 19 of the Electoral Act and not a secret document.

“This action of the Police is embarrassing and can destroy the credibility of the 2023 election. The question on the lips of every Nigerian is whether the Nigeria Inspector General of Police is aware of these developments?”

According to him, instead of the police command to go after those involved in the widespread plot to compromise the 2023 election,  is busy witch-hunting innocent persons