Anambra Boat Accident: Traders Forced Me To Ferry Them – Sailor 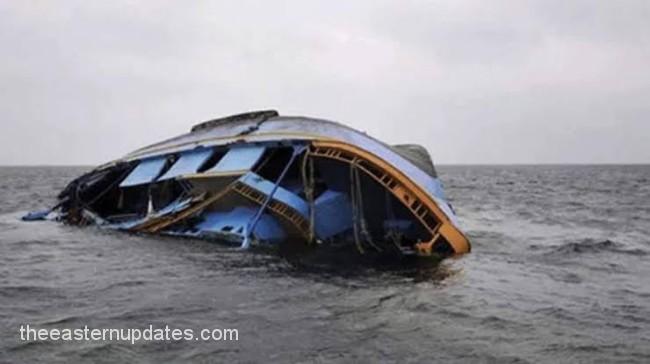 Fresh reports reaching the desk of The Eastern Updates has revealed that the sailor of the ill-fated vessel that capsized during the weekend at Umunankwo in Ogbaru local government area of Anambra State which had seen the death of many people, Mr. Desmond Amaugo, has revealed that he had been forced to embark on the ill-fated trip by female traders who had been desperate to dispose of their crops harvested prematurely due to this year’s flood that submerged their farms before the maturity of the planted crops.

Amaugo had made this revelation as the Nigerian President  Muhammadu Buhari expressed sadness over the boat accident .

This is even as the Presidential Candidate of the Labour Party, Mr. Peter Obi expressed shock at the level of flooding, which has caused serious devastations in different parts of the country, including Anambra State.

Amaugo, however, said that contrary to reports that 85 people were on board the boat, the  actual number was 48.

He said: “I did not want to embark on that trip, but the people, mostly women, who were desperate to go to Nkwo Ogbakuba market to sell premature crops harvested from flooded farms, begged me to ferry them to the market.

“The market women besieged my house and persuaded me to sail them to Ogbakuba. Having taken off, the wave became too severe and all my attempts to control  it failed. The water waves knocked the boat against the pillars of Umunnakwo/Ossomala bridge against all efforts I made to stabilize it.

“Suddenly, the boat capsized. It was terrible seeing people struggle for life.”

He said that the search team recovered 10 more bodies yesterday, adding that efforts were still being made to recover others and many people, including family members of the victims, were at the site of the incident, trying to see if the bodies of their relations could be found.