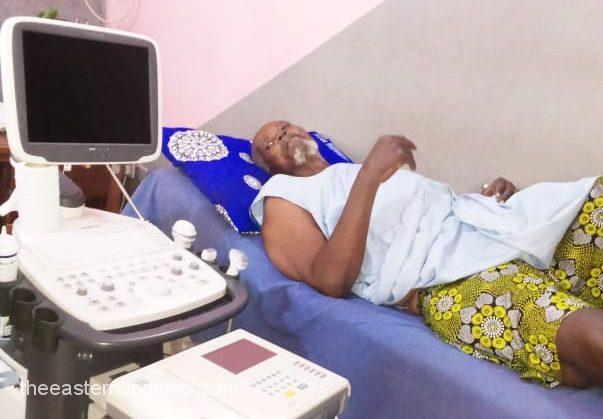 73-years-old Kenneth Abana, an ex-player of Rangers Football Club of Enugu State had reportedly been down with a stroke. He is currently on life support due to alleged negligence by the state governments in the South-East.

After Kenneth Abana retired from active football, his old teammates, who verified this report, claimed that the South-Eastern governors had abandoned the players who have given their all to the team.

Emmanuel Okala, the pioneer goalkeeper of Old Rangers International football club and former National goalkeeper of the then Green Eagles, noted that although a few South-East past governors assisted, the current governors have failed to address their dire medical needs.

“It’s left for you journalist to do the crying for us under these circumstances because it has not been easy for us as old men.”

“We know they may be packaging something for us but at the moment, they should please start doing something before we all die,” Okala said.

On Thursday, Abana’s condition worsened to a partial stroke – following the emergency he was rushed by his family to Eldorado hospital in Awka, Anambra State where he was placed on life support. As it may be recalled, Abana had spent the last two years in a wheelchair and had also been bedbound due to severe arthritis; his condition got serious just recent as he battles with his life.

Since the veteran footballer is currently unable to talk to anyone, his condition is thought to be critical, and urgent medical care is required to save his life.

According to his wife, Gertrude Abana, the emergency situation happened in the morning, following his breakfast and medication.

She noted that “Abana was initially rushed to General Hospital, Enugwu-Ukwu but the doctors on duty could not manage him until they referred us to a specialist hospital.”

Uche Okafor, a neurosurgeon at the hospital confirmed that Abana was down with a partial stroke.

Nche Okafor who serves as a neurosurgeon at the facility where Abana was hospitalized verified that the veteran football player has been diagnosed with partial stroke and is seeking urgent medical care.