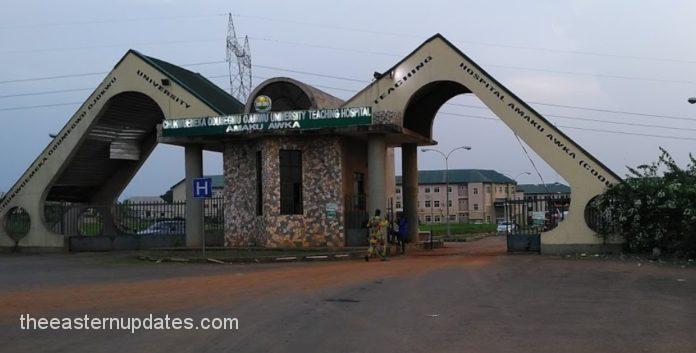 This, it claimed, became necessary as a result of the hospital’s management’s failure to grant their valid demands or, at the very least, invite them to a roundtable discussion to resolve the problems brought up.

Chairman of the union, Afam Udeozo and the secretary, Lawrence Juaese, in a 21-day strike notice dated June 22, 2022 said the group had written to the Chief Medical Director (CMD) of the hospital, Dr Joe Akabuike, on March 10 this year but were not attended to.

‘The issue then which persists is the decision of management to commence the payment of 100 percent CONMESS salary scale whilst continuing to pay our members 70 per cent of CONHESS salary scale.

‘Despite all entreaties to you, both written and oral, you have remained untouched. Sir, under your leadership, members of our respective unions have suffered several injustices. We shall remain silent no more,” the letter partly reads.

Other issues raised by the health workers included the alleged non-remittance of their check-off dues already deducted from their salaries to their various associations’ purse among others. In another letter dated July, 19 2022, JOHESU leadership lamented the levity with which the hospital management and the state government treated their letters. They made it clear that the indefinite strike must hold as stated.

The CMD, Akabuike, when contacted, told Saturday Sun that the issues were being looked into and would be resolved as soon as possible. He said that he has the interest of his workers at heart.