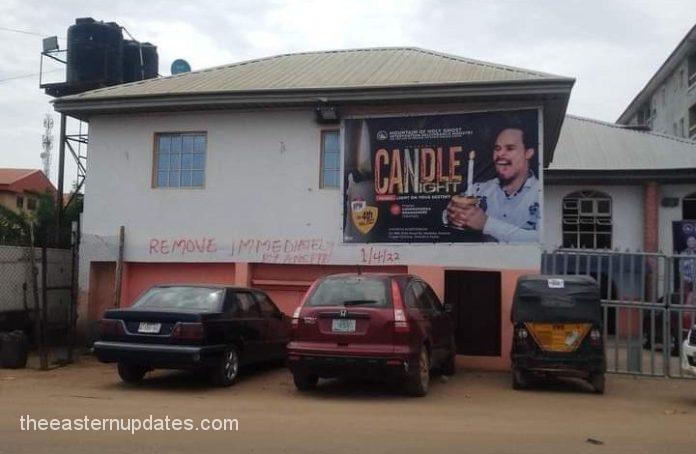 The Anambra State government has demolished the Mountain of Holy Ghost Intervention and Deliverance Ministry led by controversial Prophet Chukwuemeka Ohanaemere, popularly known as ‘Odumeje’ in the commercial city of Onitsha.

The Eastern Updates gathered that this was in line with the Onitsha Urban Renewal Plan spearheaded by Governor Charles Soludo.

The structure was said to have been erected along Nwagene stream and had to be removed for the actualisation of the Onitsha Urban Renewal Plan.

A video which had gone viral on social media on Thursday afternoon which was obtained by The Eastern Updates showed the moment Armed Taskforce officials manhandled the prophet as he attempted to stop the demolition exercise.