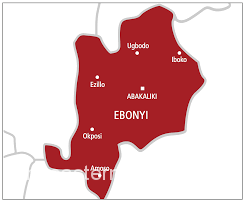 The Eastern Updates gathered that the monarch was abducted on Wednesday night by yet-to-be-identified persons at his Palace in Isu, in the council area.

A reliable source and stakeholder in the community, who pleaded anonymity, confirmed the incident to our correspondent, in Abakaliki, on Thursday.

According to the source, the royal father’s captors were yet to contact the family as of the time of filing this report, Thursday afternoon.

‘He was kidnapped last night at his palace. But the kidnappers have not made any contact with the family or the community. We have been waiting; but no contact yet,’ the source said.

The Ebonyi Police Command, on Thursday, confirmed the incident.

The Commissioner of Police in the state, Aliyu Garba, in an interview with our correspondent, in Abakaliki, said the gunmen ambushed the royal father’s residence, on Wednesday night, and abducted him.

While confirming that the monarch’s captors were yet to contact his family and the authorities, the police boss said men of the command had expedited action to get the traditional ruler reunited with his family.

‘Yes. The gunmen ambushed his house on Wednesday night and commanded him to enter into their vehicle and he did.

‘They drove away with him, and till now, nobody knows his whereabouts. It is very unfortunate but we will do our best to get him reunited with his family.

‘Our men have already swung into action and we will do the needful as soon as we know his location,’ Garba said.