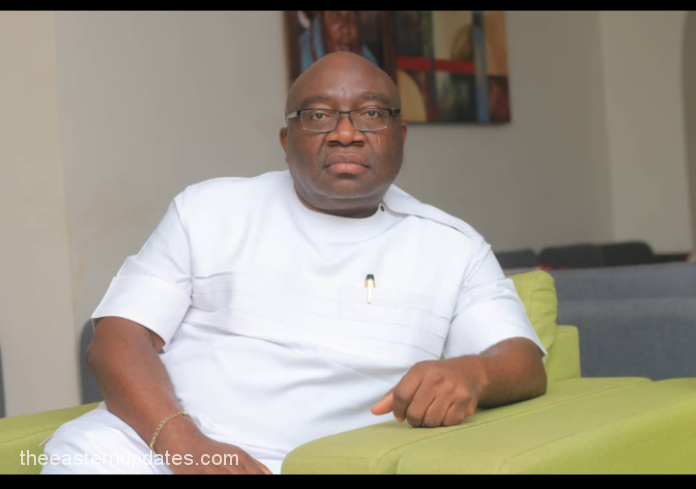 To show their support, the chairmen of the All Progressive Grand Alliance (APGA) in the 17 Local Government Areas of Abia State have openly endorsed and pledged their support to Prof Greg Ibe, the party’s candidate for governor in the 2023 election, and founder/Chancellor of Gregory University, Uturu (GUU).

The party chairmen, who made this known after an emergency meeting in Umuahia, urged all those who lost at the May 29 governorship primaries to withdraw all pending litigation at the court and throw their support behind the party’s candidate.

The body described the governorship primaries as the most peaceful and credible in the history of APGA in the state and urged all contestants to accept the verdict of the delegates in good faith.

They said that since Professor Ibe emerged as the choice of the delegates, the body of APGA Council Chairmen had no option but to adopt him, vowing to stop at nothing in ensuring his triumph at the 2023 poll.

The LG party Chairman who said they had the backing of all the ward Chairmen across the state, warned that they would not tolerate any action by anybody suspected to be negating the electoral fortunes of the party in 2023.

A communiqué the body issued to this effect read in part: “We the body of Local Government Chairmen of APGA pledge that our unalloyed loyalty for our party’s flag bearer, Greg Ibe, is sacrosanct and irrevocable.

“We note that Professor Greg Ibe emerged as our party’s candidate in line with our party’s constitution and INEC guidelines at the governorship primaries held on May 29.

“We declare that the primary flourished in an environment of internal democracy hitherto alien to APGA in Abia State. For that reason, all those who lost should join forces with the winner and work for the victory of our great party in 2023.

“All litigants against the people’s mandate are kindly advised to sheath their swords for the sake of Abians and humanity.”

Professor Ibe had secured 283 out of the 482 total votes cast to emerge the flag bearer at the primaries held in Umuahia.

Chief Chikwe Udensi came last with only 12 votes while three votes were voided.