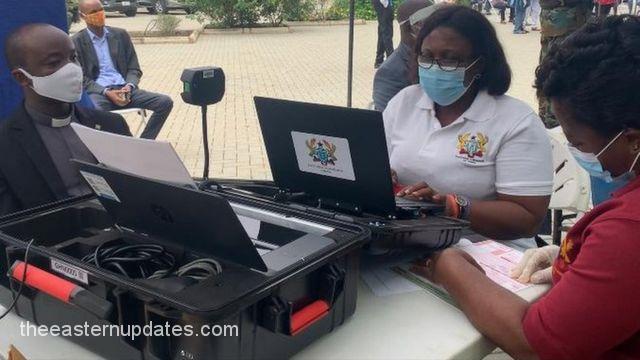 The Independent National Electoral Commission (INEC) has announced that it has shut operations in four troubled local government areas of Anambra State, where cases of insecurity have become rife.

The commission said the ongoing continuous voters registration (CVR) exercise across the country can no longer be held in the affected areas because of cases of gunmen attack.

It also denied rumours making the rounds that its staff are collecting money from registrants to undergo the process.

Orji while briefing journalists said: ‘The Anambra State office of the Independent National Electoral Commission (INEC) has observed a recent surge in the number of citizens seeking to register during the ongoing Continuous Voters Registration (CVR) exercise.

Nkwachukwu said the ‘Commission is addressing these challenges through measures such as creation of additional registration centres in the state and LGA offices as well as reopening of some LGA offices that were shut down as a result of insecurity.”

‘The public is reminded that registration in the CVR exercise is free of charge. The commission is ready to work with the public to fish out and discipline any staff of the commission engaged in extortion or any other form of misconduct during the exercise. Members of the public should feel free to contact the commission for enquiries and complaints using the approved WhatsApp number.’

It added that the exercise would continue to run till June 30, 2022.