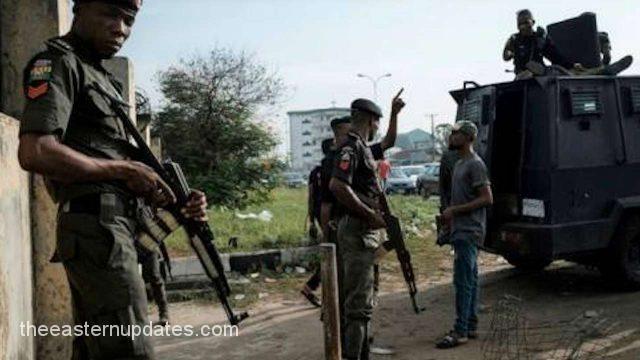 At least three hoodlums were on Tuesday gunned down by men of the Nigeria Police Force attached to the Ebonyi State Police Command after a gun battle that lasted several hours.

Some of the hoodlums were said to have escaped with bullet injuries during the incident at Isu community, in the Onicha Local Government Area of the state.

The Eastern Updates gathered that the hoodlums camped in a bush to plot an operation.

The police, on getting a tip-of their camping in the area, reportedly ambushed them and in the gun duel that ensued, killed three of the hoodlums.

The State Commissioner of Police, Aliyu Garba, confirmed the incident on Tuesday.

He said, ‘My men had a successful operation in Isu community. In this operation, we neutralised the hoodlums and recovered arms. A lot of them were injured and three of them were killed. Two of them wore military uniform.’

In a related development, the Ebonyi State Command of the Nigerian Police force has revealed that it has invaded the main camp of Eastern Security Network (ESN), located at Isu community in Onicha LGA of the state and dislodged suspected criminals.

The state Commissioner of Police, who spoke to newsmen in Abakaliki through the Police Public Relations Officer, PPRO, SP Chris Anyanwu, said the suspected criminals were dislodged through the joint efforts of the security operatives; police, DSS and the military.