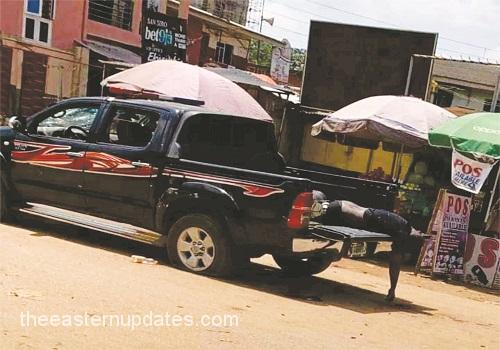 Some yet-to-be-identified Gunmen on yesterday killed two policemen and kidnapped a couple in Anambra State.

The couple, whose names were given as Mr Ceejay and Dr Nini, were said to have been kidnapped in Okija, Ihiala Local Government Area of the state.

A source told The Eastern Updates that the couple were headed to Owerri Airport, Imo State, before the incident happened.

The Anambra State Police Public Relations Officer, DSP Ikenganyia Tochukwu, said he was yet to receive such information.

However, a senior police officer, who did not want to be mentioned because he is not authorised to speak, said the kidnapped couple were later released on Monday night.

He added that the couple were dropped off by the hoodlums at Ukpor, Nnewi South Local Government Area of the state.

The Eastern Updates had on Monday reported that the Imo State Police Command lost at least two of his officers during an attack by armed men suspected to be members the Eastern Security Network (ESN) at Isu Police Division of the State.

According to the command, while one sustained minor bullet injury on his head, the officers were killed during a gun duel between them and the unknown gunmen in an effort to repel an attack on a police station in the locality.

The Police Public Relations Officers in the state, Michael Abatham, confirmed this in a statement issued to newsmen in Owerri on Monday.