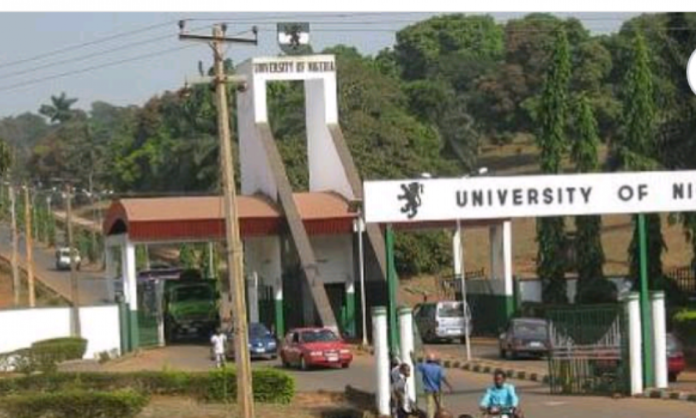 Academic activities at the University of Nigeria, Nsukka (UNN) was almost non-existent yesterday following the full compliance by members of the Academic Staff Union of Universities (ASUU) to the four-weeks industrial action ordered by the union’s national body earlier in the week.

The Eastern Updates gathered from eyewitnesses that lecture halls were completely empty with no academic activities taking place anywhere in the campus. Some students were however sighted loitering around the campus while others were boarding campus shuttles to Nsukka town motor park en-route their respective homes.

Also, centres and institutes in the university which had fixed academic programmes before the strike had to shift the venue outside the school environment to avoid a clash with the striking lecturers.

Chairman of ASUU UNN chapter, Christian Opata, who spoke to correspondents stated that the one-month warning strike was due to failure of the Federal Government to meet the union demands in spite of several pleas by ASUU to fulfil its promises on agreement entered with the union.

In separate interviews, a number of UNN students who spoke to newsmen expressed their frustrations over the incessant strike by ASUU as they lamented that where denied entry into their lecture halls and laboratories, yesterday.

They went on to use the medium to appeal to the Federal Government to dialogue with the union and meet their demands with the view of solving the  issue once and for all for the interest of the nation’s students and educational development of the country.

The President Students Union Government (SUG) whose name was given as Michael Abuchu urged the government to find immediate solution to constant strike by ASUU as it had become a yearly routine and has disrupted their academic calendar.

The Eastern Updates recalls that the Union of University lecturers had on Monday, February 14th embarked on a one month warning strike to press home their demands to the federal government.