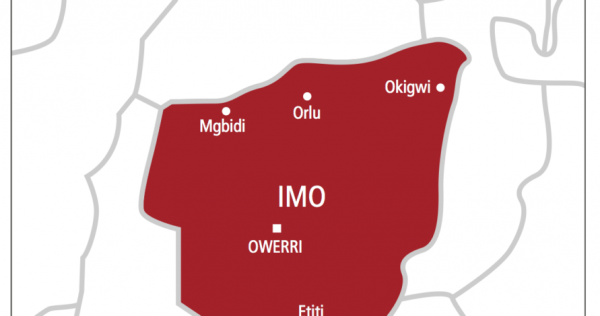 The Imo State Police Command on Tuesday announced that it has unmasked a criminal hideout in a bush at Amaukwu Orodo in the Mbaitoli Local Government Area, recovering one pump-action gun with live cartridges and other items.

The Police Public Relations Officer, Michael Abattam, stated this in a press release which was sighted by The Eastern Updates.

Abattam, who signed on behalf of the Commissioner of Police, CP Rabiu Hussaini, said the command’s tactical teams, after diligent surveillance of the criminal hideout on January 23, 2021, at about 10:30 hours, mobilized and stormed the hideout.

The CP said, ‘The hoodlums, on sighting the police operatives, opened fire on them and the gallant and battle-ready police operatives swiftly returned fire. In the process, they were overwhelmed by the superior fire-power of the police and they fled into the bush with gunshot injuries while Uzoma Dike ‘m’ aged 42 years and Chidi Osunwa ‘m’ 36 years, both natives of Amaukwu Orodo in Mbitoli LGA of Imo State, were arrested to the station.

The command said it is ‘using the medium to appeal to various communities in the state to stop allowing criminals to use their areas as safe haven to commit felonies. At the same time, those whose motorcycles were stolen are advised to come forward with proof of ownership for identification and collection.’

Communities are advised to form vigilante groups or neighbourhood watch associations to complement the efforts of the police and other security agencies. And report any suspicious persons seen with bullet wounds.

The CP, while commending the officers and men for their dedication and gallantry, thanked Imolites for their unalloyed support and partnership with the command.

Others include one UBA ATM card, some substances suspected to be illicit drugs, bunches of keys, N223, 600 cash and items used in smoking Mkpurumiri.