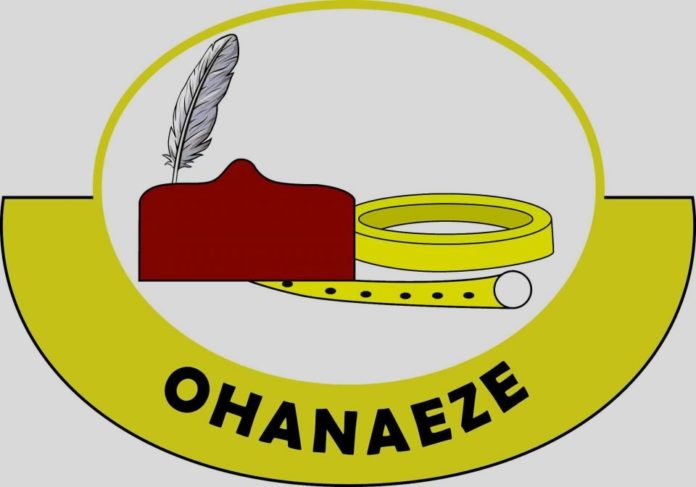 The pan-Igbo socio-cultural group, Ohanaeze Ndigbo, on Monday sent an appeal to its counterpart from the north to support the South East to produce the next president in 2023 for the interest of justice and equity.

The Secretary-General of Ohanaeze and leader of the Nigerian President of Igbo Extraction in 2023, Mazi Okechukwu Isiguzoro, made the appeal when he led a delegation of Igbos on a courtesy visit to the President of Arewa Youths Consultative Forum, Alhaji Yerima Shettima in Kaduna State.

Isiguzoro reiterated that the Igbos are in total support of a united and indivisible Nigeria contrary to the calls for secession by IPOB, describing the north as a deciding factor on who becomes President of the country next year.

‘We know that the North with their population and the vast majority will always play the role of a kingmaker, being a deciding factor in 2023 presidency. We feel that the best thing to do is to migrate from the other side of the world and interphase with the real people who are holding the masses,’ he said.

‘Is it because one person somewhere decides to paint Igbos as if we are Biafrans? No, we believe in one Nigeria. The vast majority population of Igbos are residing in 19 northern states. We have about N2.3 trillion worth of investments of Igbos in Northern Nigeria.

‘And by so doing, we said no. The best thing we have to do is to ensure that we reach out to the fulcrum of the society, the people’s general, Yerima Shettima to dialogue on the way forward with regards to 2023.’

He also said that Ohanaeze Ndigbo worldwide has mapped out resources to support any of the presidential candidates of Igbo extraction from the two major political parties, adding that Nigerians should have no doubt or fear to trust an Igbo man with power.

Responding, the president of Arewa Youths Consultative Forum, Yerima Shettima, described the visit as a welcome development, even as he condemned the violent approach which IPOB adopted to call for secession.

He, however, kicked against the zoning of the presidency to a particular region, pointing out that the contest should be thrown open for only the competent candidate to emerge.

Facebook
Twitter
WhatsApp
Email
Telegram
Previous articleCourt Jails Four For Cyber-Fraud In Enugu
Next article2023: What I’ll Do If I Become President – Anyim