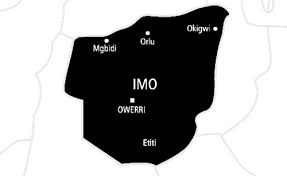 The Police Command in Imo State has revealed that its operatives have repelled an unknown gunmen attack on Ideato South Local Government Area Police station on Thursday evening.

In a statement issued on Thursday, which was obtained by The Eastern Updates, the Command’s Public Relations Officer, Michael Abattam explained that the attack, which occurred at about 0230 hours, at Ideato South Police Station, involved some unknown gunmen who came in their numbers, shooting sporadically, throwing Improvised Explosive Devices (IEDs) into the station.

According to the release, ‘the hoodlums were immediately repelled by the Command’s tactical teams and the police operatives of the division. And in the ensuing gun duel, the hoodlums were overwhelmed by the superior fire-power of the police, resulting in several of them fleeing into the bush with various degrees of bullet injuries.

Read Also: Okorocha Opens Up On The Mystery Of Unknown Gunmen In Imo

‘No life or arms was lost and the detonated Improvised Explosive Devices (IEDs) only caused minimal damage.’

The Commissioner of Police CP Rabiu Hussaini, while commending the officers and men for their gallantry, called on members of the public, especially those residing in the community, to assist the police by availing them with credible information and to report any person seen treating bullet wounds or hiding within the community, to the nearest police station.

In a related development, the former Governor of Imo State, Rochas Okorocha has revealed that he believes that he has cracked the puzzling notion of unknown gunmen who had been on the rampage in the state.

Speaking on Channels Television’s Politics Today which was monitored by The Eastern Updates, Okorocha claimed that Nwosu’s arrest on Sunday gave a glimpse into how the Imo State government carries out criminal acts with policemen attached to Government House.

Facebook
Twitter
WhatsApp
Email
Telegram
Previous articleNigeria Will Collapse If Anything Happens To Kanu, Mbaka Warns
Next article‘I Will Neither Condemn Nor Praise You’ – Kalu Tells Ikpeazu