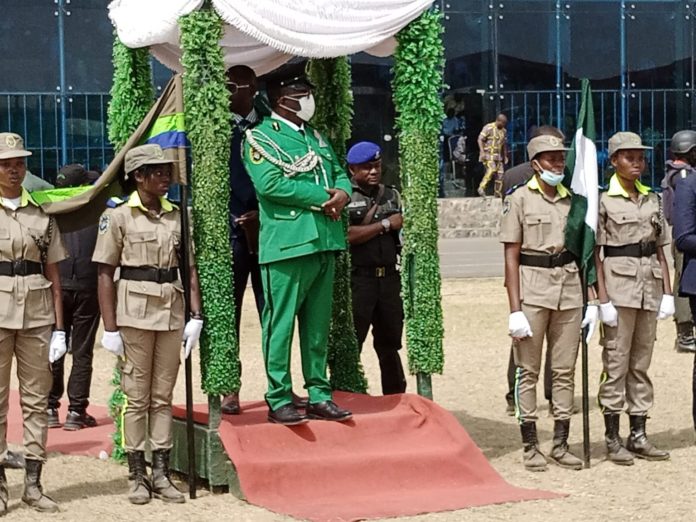 The Chairman of South East Governors’ Forum and Governor of Ebonyi State, David Umahi, on Wednesday, berated opposers of the formation of Ebubeagu Security outfit in the Southeast region.

Umahi commended the south east governors for establishing the Ebubeagu Security outfit in their various states, noting that the outfit will assist in securing the region from invaders.

Recall that the leadership of the indigenous people of Biafra, IPOB, in a statement signed by Emma Powerful had few days ago tasked the governors of the region to shelve formation of Ebubeagu Security outfit, adding that, they should adopt the Eastern security network, ESN to man the security of the region.

The governor revealed that the outfit will assist the police, army and other security agencies in the region to protect lives and security of the people.

He warned that there should be no fight between police and Ebubeagu, just as he revealed his preparedness to increase their salaries and to recruit more youths into the outfit by 2022.

Umahi said that the outfit is not politically motivated, and that no politician will use them to attack or bully opponent in the forthcoming elections.

“We the Governors of the South East Zone have extended olive branch to our youths who have been brainwashed who are in the bushes, we are committed to reintegrating them and making them useful members of the Society.

“Ebubeagu is not there to fight any legal or illegal group but to assist the Police to route out criminals, so that is their mandate.”

He expressed hope that with the inauguration, all the Government utilities would be effectively secured in addition to beefing up the security status of the State.