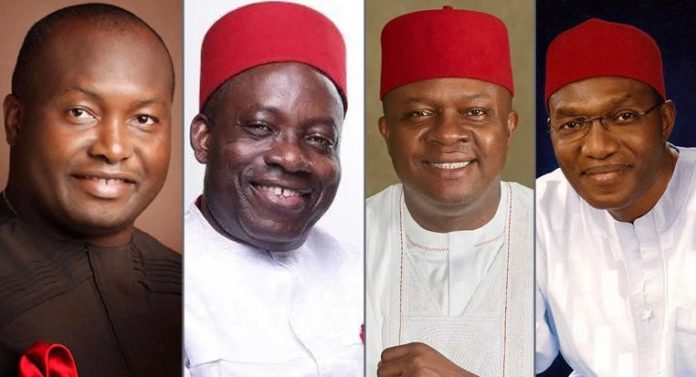 The All Progressives Grand Alliance (APGA) has swept 18 LGA’s in the results announced so far by the Independent National Electoral Commission (INEC).

The two parties have Chief Valentine Ozigbo and Senator Ifeanyi Ubah as their governorship candidates in the election.

The All Progressive Congress (APC) which has Senator Andy Uba as its candidate has not won any LGA according to results announced so far by the commission.

In the meantime, a little drama played out during the declaration of the collated results of the election at the INEC headquarters in Awka, as the collation officer for Orumba North, Dr. Michael Otu alleged that he signed result of election under duress. He accused the Electoral Officer, Comfort Omoringe, who he worked with of playing double standards. He said he chose to announce the cancellation of the entire result because the entire process was not transparent.

But Omoringe debunked the allegations as untrue. She, however, said collation officer had no idea of what his job entailed.

She added that she escaped death by the whiskers as the police shot at her twice. She explained that the bullets did not hit her as they passed by her sides, miraculously.

The state collation officer, Prof. Florence Obi, Vice -chancellor of the University of Calabar, however, ordered that the Orumba North result should be reviewed by all concerned so that the result could be announced.