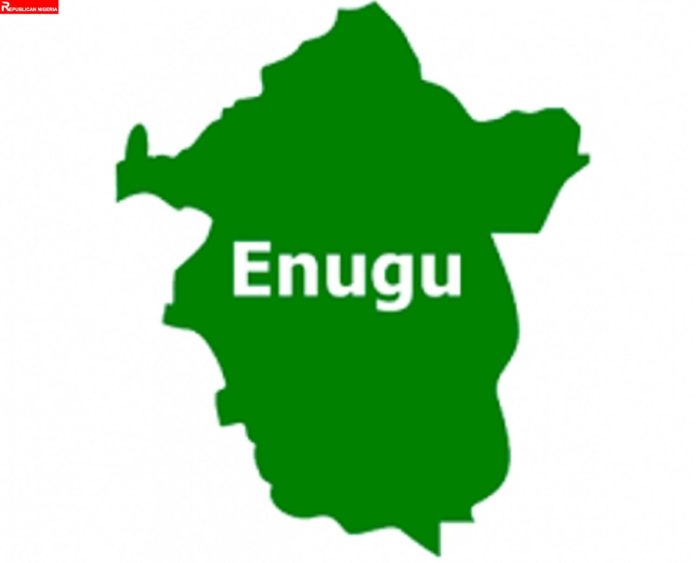 No fewer than six persons were confirmed dead, while three others were seriously injured on Thursday evening, when a fully-loaded water tanker lost control, crushing its victims at Nza Street, Independence Layout, Enugu.

An eyewitness who spoke to The Eastern Updates giving details of the incident narrated that the driver lost control of the vehicle and crashed into a tricycle (Keke) loading bay beside Bush Bar, a popular joint in the area.

‘The tanker, which was coming from UNICEF end obviously lost its break and crashed into the Keke loading bay.

‘The tanker continued moving and crushed a woman and her child, the woman died on the spot and we are suspecting that the little baby she was carrying was dragged along by the tanker.

‘The tanker continued moving and ended up in the compound sharing same fence with the Bush Bar before stopping. The vehicle pinned down a lot of persons, but we have seen four lifeless bodies. This is a very big tragedy,‘ he said.

The tanker driver, it was gathered, disappeared from the scene as an angry mob went in search of him.

Meanwhile, Enugu State governor, Ifeanyi Ugwuanyi in company with the Deputy Governor, Cecilia Ezeilo quickly visited the scene of the incident before proceeding to the hospital, where the injured were receiving treatment.

At the hospital, the governor pledged to pay all medical bills of the accident victims and consequently made funds available with the hospital management to ensure the patients were properly treated without any hindrance.

He condoled with the families of victims who lost their lives in the accident and thanked those who rescued the survivors and brought them to the hospital.