HomePolitics2023: Nigeria May Have Two Presidents If .. -Igbo Youths
Politics 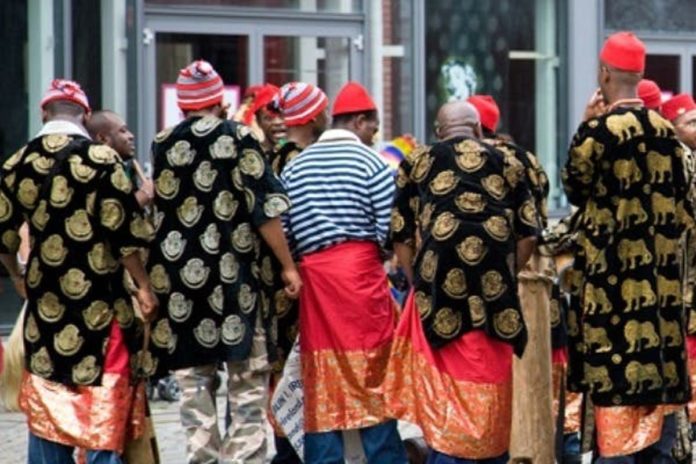 A group of Igbo youths under the aegis of the Coalition of South East Youth Leaders, (COSEYL) has lambasted the spokesperson of the Northern Elders Forum, Hakeem Baba-Ahmed, over his recent comment on the north retaining power in 2023, insisting that the South East will produce its own President if that happens.

The Eastern Updates gathered that Ahmed had made the comment while speaking at the maiden Maitama Sule Leadership Lecture Series organized by the student’s wing of Coalition of Northern Groups (CNG) at the Ahmadu Bello University (ABU), Zaria, where he stated that anyone who doesn’t want a Northerner as President in 2023 can leave the country when it happens.

However, in a statement which was made available to The Eastern Updates, the President General of the Igbo youth group, Goodluck Ibem on Tuesday described the utterance by the northern statesman as unfortunate and disappointing.

‘It is unfortunate that a man of his standing who the youths look up to for better direction and guidance will hold such view on such important and sensitive issue. We are totally disappointed that he will make such statement.

‘He contested again in 2007 and 2011 and lost. He won the election in 2015 when he align with the Southern part of the country who voted for him and he emerged as president.

‘It is wrong for the hen to forget the one that assists her in drying up her wet feathers during the rainy season, as the saying goes. It was the support of the South that made President Buhari to win his elections in 2015 and 2019.

‘We are very surprised that Hakeem has suddenly forgotten so soon how President Buhari emerged as president. History doesn’t lie, he should go back to history to refresh his memory.

‘We as the youth leaders of South East geopolitical zone stand by the decision of the Southern governors that the office of the Nigerian president be zoned to the South for equity and justice. Enough said.’ Ibem stated.