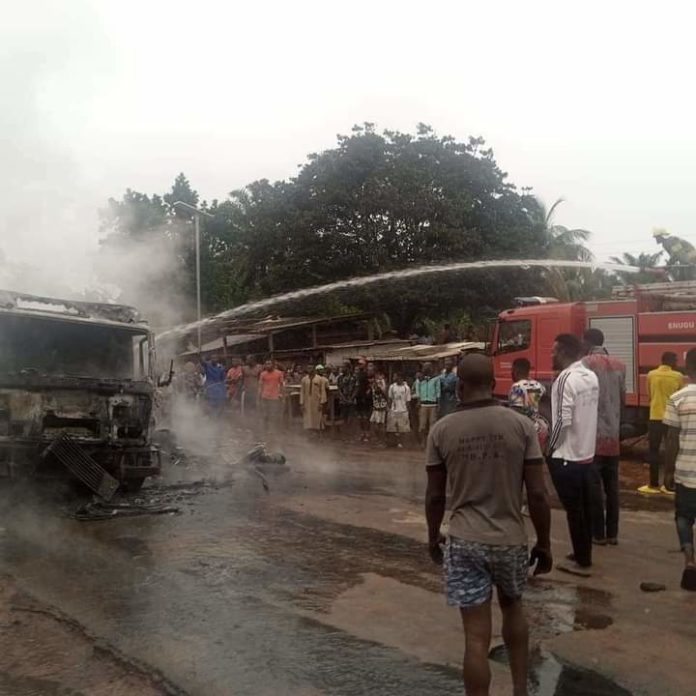 A fully loaded truck conveying motorcycle spare parts worth millions of naira was reportedly burnt by hoodlums for allegedly refusing to obey the Monday sit-at-home order earlier imposed by The Indigenous people of Biafra (IPOB) on Monday.

The Eastern Updates had earlier reported that the Sit-at-home order had been suspended by the Indigenous People of Biafra.

It was gathered that the incident happened around 6 am on Monday at Eluagu Obukpa, in the Nsukka Local Government Area of Enugu State.

Sources told newsmen that the truck which was heading to Enugu-Ezike in the Igboeze North Local Government Area of the state was coming from Nnewi, Anambra State.

IPOB had in August declared every Monday sit-at-home in the South-East to demand the release of its leader, Nnamdi Kanu who is in the custody of the Department of State Services.

The sit-at-home which commenced on August 9, 2021, was greeted with outcry by residents of the South-East and pleas from eminent Igbo leaders for the separatist group to rescind its decision.

Though IPOB subsequently suspended the Monday sit-at-home, palpable fear has been pervading the South-East for five Mondays now as residents and traders stay indoors every Monday.