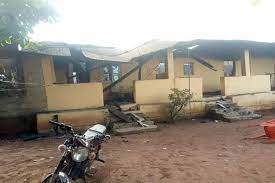 The attack which occurred despite the 8 pm to 6 am curfew imposed on parts of the state by the state government, was the fifth in the series in the past one week.

Available information indicated the attack took place at about 2am on Monday during which the police station was razed.

It was not yet known if there was casualty, however, the gunmen were said to have broken into the armory and carted away guns.

Equally, criminal suspects inside the station’s cell were said to have been set free by the rampaging gunmen.

Prior to today’s attack, police stations in Nkporo, Uzuakoli, Ubani Ibeku and Bende had been attacked and burnt.

It was the same for the offices of the Independent National Electoral Commission (INEC) and National Drug Law Enforcement Agency (NDLEA) all in Ohafia.