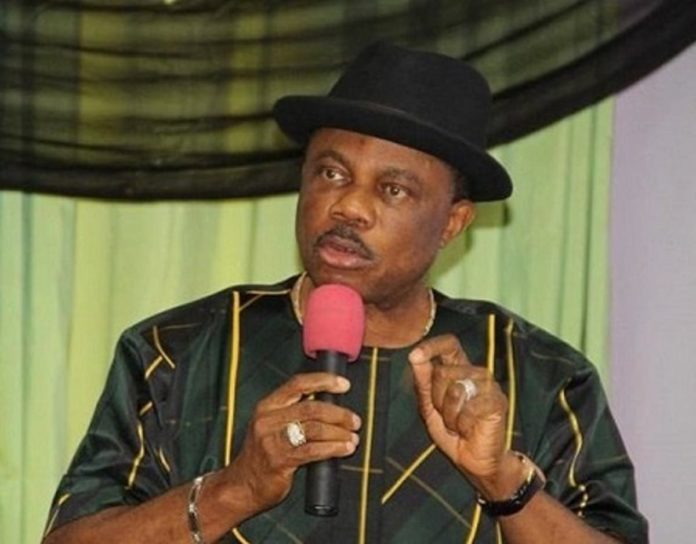 Anambra State Governo, Willie Obiano has announced the state governments decision to impose a curfew on two communities in the state following the communal clash that claimed three lives on Sunday.

Residents of Anaku and Omor Communities had on Sunday engaged in a clash which led to the deaths of two persons and the burning of houses.

According to a statement issued by the Secretary to the state government, Prof. Solo Chukwukibelu, the curfew would be between 7 pm and 6am until further notice.

According to him, the governor warned that his administration would not tolerate people taking laws into their hands.

He said anyone found causing breach of the peace would face the full wrath of the law.

The state Police Public Relations Officer PPRO, Mr. Ikenga Tochukwu, while confirming that three persons died in the fracas, said normalcy had been restored in the area.

‘Normalcy has been restored in the area and our men are still on the ground to ensure safety of life and property. So far, we have recovered three bodies that have been deposited at the morgue.

‘It was gathered that Anaku and Omor, have been having a protracted crisis overland’ he said .

Sources in the community said, ‘Some of the affected persons in the renewed crisis include a former Chief Judge of Anambra and a former commissioner.’

In another development, the state government also on Monday lifted the curfew imposed on six communities of Igbariam, Aguleri, Umueri, Nteje, Awkuzu, And Umunya.

The Secretary to Anambra state government, Professor Solo Chukwulobelu, in a statement said the lifting of the curfew which began on Monday, 26th April 2021, was with immediate effect, as normalcy had returned to the communities.