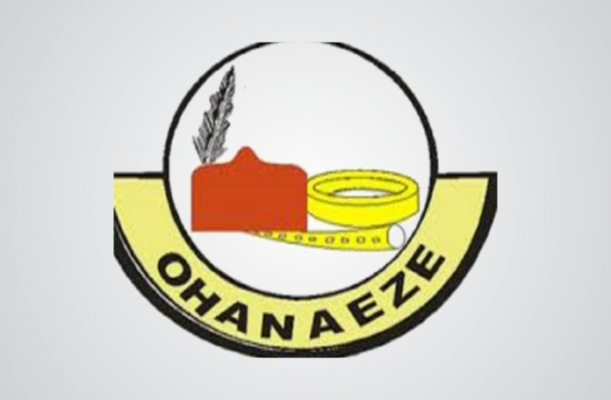 The youth wing of Igbo Socio-cultural group, Ohaneze Ndigbo has kicked against the seven-day ultimatum issued by a group in the palace of Obong of Calabar ordering Emmanuel Ezenwenyi, the Eze Ndigbo in Cross River State, to leave Calabar or ‘face damning consequences’.

An Efik socio-cultural organization, operating within the palace of the Obong of Calabar, ‘Nka Ikemesit Mkparawa Essien Efik Duopeba’ in a press statement, dated April 3, and signed by the group’s Chairman, Vice Chairman and Secretary, Ekpo Ekeng, Adim Ekpeyong, and Ekpeyong Bassey respectively, had accused the Eze Ndigbo of insulting and impersonating the Efik King and Obong of Calabar, His Royal Majesty Edidem Ekpo.

But the South-South Coordinator of Ohaneze Youth Wing, Chief Chinedu Arthur-Ugwa, while speaking with newsmen in Yenagoa on Saturday, said it was unfortunate that a group will issue a quit notice to a Nigerian living in any part of the country, urging Governor Ben Ayade of Cross Rivers State to intervene for continued peaceful coexistence between the Efik and Igbo people.

It was gathered that the Managing Director of Innoson Motors, Innocent Chukwuma, who was in Calabar recently to receive an award bestowed on him by the University of Calabar, visited Eze Ndigbo in Cross River palace without doing the same to Obong of Calabar. The situation was said to have angered the Royal Palace of the ancient Efik kingdom.

The Ohaneze Youth leader said any prominent Igbo son or daughter who visits any place is at liberty to visit his people and the Eze Ndigbo in that area.