Enugu: Nobody Was Ostracised In Ishi-Ozalla – Community Leaders 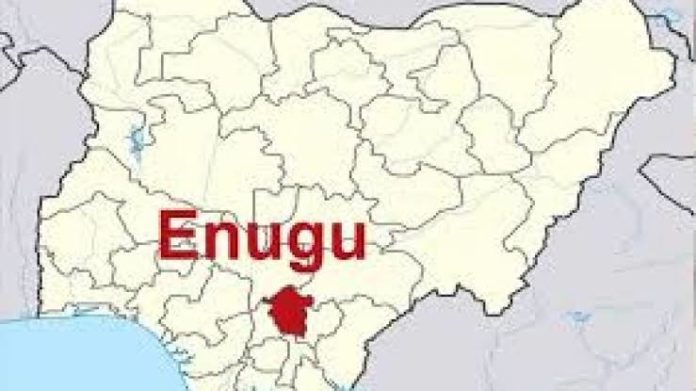 The leadership of Ishi-Ozalla Town Union, in Nkanu West Local Government Area of Enugu State, has reacted to allegations by a section of the community that they have been ostracised.

The Eastern Updates had reported that the people of Edendiagu of Ishi-Ozalla were at the Enugu State Government House within the week where they told Governor Ifeanyi Ugwuanyi that they had been ostracized from the community.

The development has since continued to generate reactions.

But reacting in a statement signed by Obinna Nvene, the President General and Ikechukwu Igweonyia Ngene, the Public Relations Officer, the community said they had long ago abolished all forms of segregation in the community.

‘We hereby state without equivocation that no one has been ostracized from Ishi-Ozalla Autonomous Community.’

‘Ishi-Ozalla is a progressive and peace loving community and together with the other four autonomous communities in Ozalla town – Etiti-Ozalla, Obeagwu-Ozalla, Okorouba-Ozalla and Obeagwu-Ozalla, on Saturday, September 1, 2018, accomplished the widely applauded and historic Project for the Abolition of Segregation in Ozalla (PASO) which ended all forms of social discrimination in the entire community.’

‘Laudable as the initiative was, the greater Ozalla community recognized that segregatory practices had been in existence for centuries, and therefore established a standing committee known as the Ozalla Unity Committee (OUC) which principal responsibility was to nurture the abolition initiative and manage issues that may arise on matter related thereto on an ongoing basis.’

‘What was achieved by Ozalla in September 1, 2018, was historic and to date has not been successfully replicated in any other community across Nkanuland and Enugu State in general.’

‘All persons of goodwill within and outside Ozalla should see that achievement as a legacy worthy of preservation and should desist from actions or utterances which may undermine that historic initiative.’

‘Most importantly, our people have lived together in peace and harmony through the ages and we must therefore resist any and all attempts to undermine the harmony and peaceful coexistence between and amongst the entire people of Ozalla,’ they said in the statement.