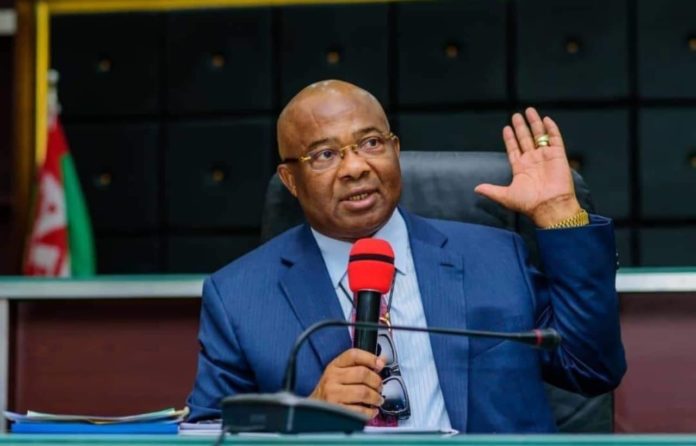 Former lawmakers of the Imo Assembly, under the auspices of the Former Honourable Members of Imo state House of Assembly (FOMIHA), have given their backing to Governor Hope Uzodimma’s bid to recover property illegally acquired by Rochas Okorocha and others in a similar manner.

The Chairman of the group, Ike Ibe, while addressing newsmen, yesterday, said they have monitored events and followed the processes leading to the release of the government’s white paper on the inquiry of land matters and executive implementation of the recommendations of the panel and arrived at the conclusion of supporting the government’s action.

‘These actions of the current government in recovering the people’s assets should serve as a pointer for purposeful governance. The prosecution of those who illegally disposed of the people of their assets should also serve as a deterrent to future wrongful acts by people who hold government opinions in trust for the public,’ Ibe said.

However, Okorocha said the appeal put up by the government in court on his seized property is a vindication of his earlier claim that there was an existing court judgment on the matter.

Okorocha, who stated this in a statement through his Special Adviser on Media, Sam Onwuemeodo, yesterday, commended the state government for its appeal against the judgment.