HomeFeaturesI Was Beaten Up, Ordered To Lie In Dust By Policemen -...
Features

I Was Beaten Up, Ordered To Lie In Dust By Policemen – Imo Monarch 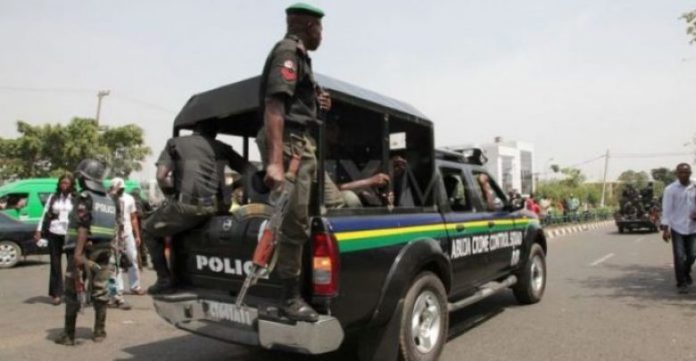 The Traditional Ruler of Uzoubi Umuna community in Orlu Local Government Area of Imo State, HRH Eze Boniface Chigere Okereke has given a chilling account of how he was molested and forced to lie down on a dusty road by policemen attached to the Orlu Area Command of the Nigeria Police because he came out during a curfew.

Eze Okereke told The reporters that he was tortured, and embarrassed and treated like a common miscreant before his subjects by security operatives at the peak of the crisis that rocked some communities in Orlu Local Government Area.

The incident, he said, happened at the Carrot Junction roundabout, Orlu on January 27, 2021, when he was returning from a security meeting that followed the mayhem that rocked Orlu penultimate week.

According to him, ‘On Wednesday, 27th January 2020, at about 2:00 pm, I was returning from a meeting of Orlu council of traditional rulers, held at the palace of the traditional ruler of Umudioka Ancient Kingdom, HRH Eze Thomas Obiefula. I branched to my office at No. 5 L.N Obioha Street, also in Uzoubi, Umuna.

‘On reaching Carrot junction, I met a team of mobile policemen who in spite of the inscription on my car number plate which identified me as the traditional ruler of Uzoubi autonomous community, ordered me to come out of my car of they would shoot me. Also, in spite of my explanation to that effect and my appearance as an elderly man, the policemen pointed their guns at me and ordered me to get down from the car and lie down on the ground for more than 8 minutes in public glare before one of them intervened and told me to get up.

‘This is the height of disrespect to me, my community, and the traditional institution,’ he said.

The 77-year-old monarch traditional ruler lamented that despite his age, the policemen were ready to flog him for coming out not minding that curfew was only imposed between 6 pm and 6 am.

The monarch disclosed that he had been restraining the youths of the community from taking any action pending when the commissioner of police takes action to fish out those who ridiculed and subjected him to such shame and dishonor.