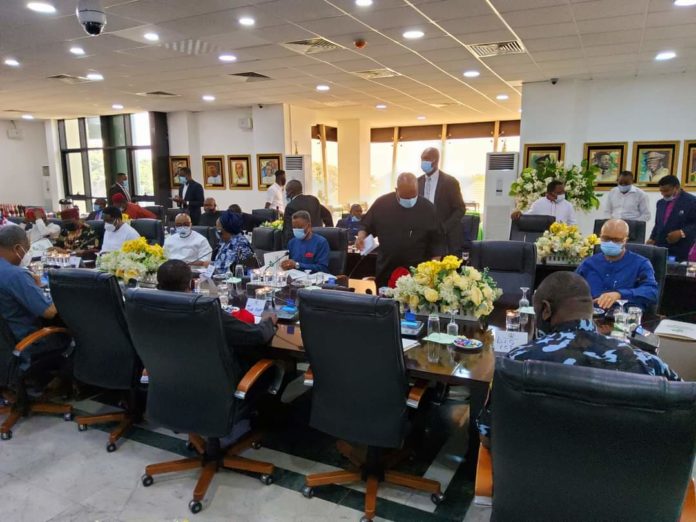 Igbo leaders have since thursday afternoon been locked in an indoor meeting at Enugu government house.

The assumption is that their meeting may not be unconnected with the violent #EndSARS protests that witnessed carnage in all parts of the zone. In the security meetings are the President General of Ohanaeze Ndigbo, Chief Nnia Nwodo; Governors Ifeanyi Ugwuanyi, Dave Umahi and Okezie Ikpeazu of Enugu, Ebonyi and Abia States, respectively. The deputy governors of Imo and Anambra states are also present.