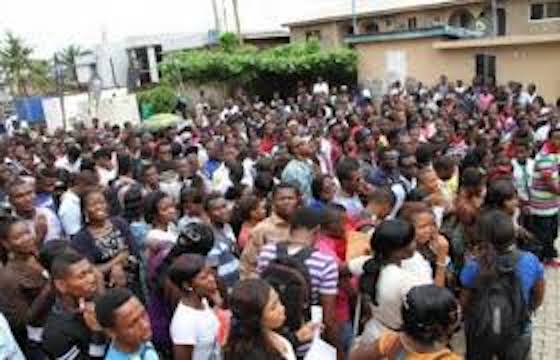 A youth group, the ‘Save Enugu Youth Initiative’, has expressed its displeasure with the recent suspension of what was planned to be a nationwide protest on Monday organised by the Nigeria Labour Congress (NLC) and Trade Union Congress (TUC) in response to recent utilities price hikes.

The group had earlier declared its readiness to join the nationwide strike and protest called by the NLC and the TUC last Monday to force the Federal Government to reverse the hike in electricity charges and fuel prices.

In a statement jointly signed by its Convener, Gwiyi Solomon, and State Coordinator Chibueze Nwoga, the group regretted that the nationwide protest could be aborted after the group had unleashed its resources to successfully mobilise members and other concerned youths of the State to take to the streets of Enugu.

Read Also: 2023: Non-Performing Politicians Will Have It Tough – Enugu Group

The statement, which declared that the cancelled protest was a big slap to its members and the country at large, said that the ‘NLC is playing with fire.

‘How can anybody think of calling off a strike that had been concluded, with our members already charged and mobilized to hit the streets of Enugu?.

‘The hike in electricity tariff and fuel pump price is still there, and all they could think of was to abort a child whose delivery time remained an hour.

‘While we suspect a conspiracy between the Federal Government, NLC and TUC, we kindly apologize to our members for the inconveniences the suspended action had caused them,’ the statement read.

It further stated that the implication of the aborted action is that Nigerians will never take the two unions serious in future events.

Organised labour, represented by the NLC and the TUC, had mobilised their members for the strike and protest against the price hikes, that was until it reached a midnight agreement to suspend the action with the Federal Government.

The labour unions, as part of the negotiation, given the Federal Government a two-week ultimatum to implement the agreements reached under the threat resuming its industrial action.