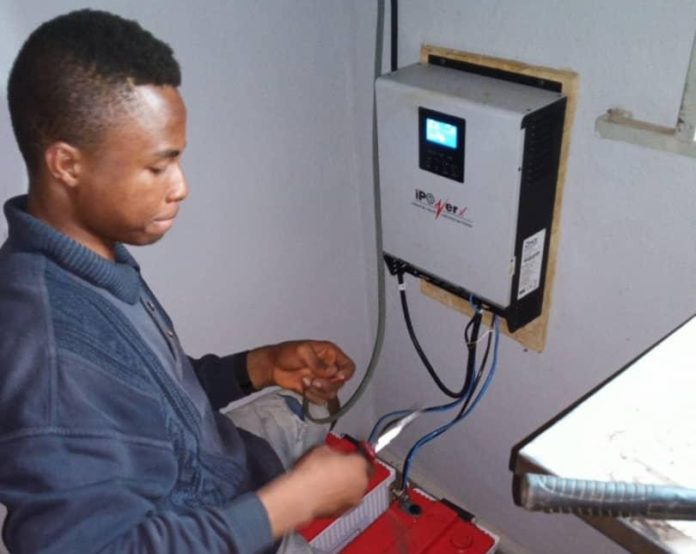 Another Nigerian has shown that this country is blessed with enough human resources to bring about the desired development that will give the nation a pride of place in the world.

An 18-year-old Nigerian from Enugu state, Ugwu Chiagoziem, has built an inverter among other things like power banks, and a hybrid battery system.

According to Enugu Metropolitan Network, Ugwu went at the Government Technical College, Enugu where he studied power electronics.

In 2016, after his brother encouraged toward his innovative path, he was said to have built an inverter circuit with CD4047 which could give power to a mobile phone. Shortly after, it got faulty but that did not discourage him as he trudged on.

With his rare talent, Enugu Metropolitan Network said that he became close to his school teacher who started training him to burnish his skill.

When he was in SS2, he represented his school at a contest that was put together by the federal government. His special interest is in energy conversion.