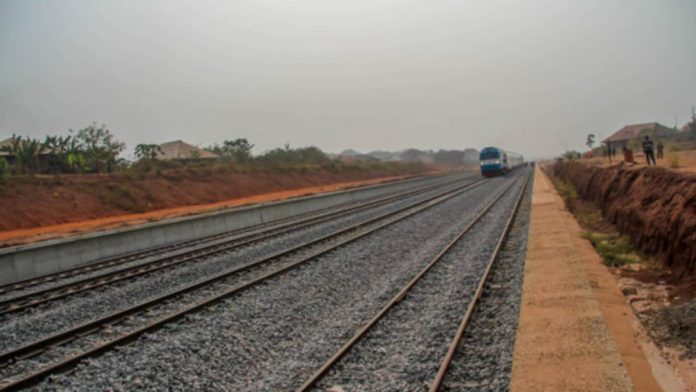 Enugu State government has said that the ongoing demolition around the Akanu Ibiam International Airport was to fully implement the request of the Federal Airports Authority of Nigeria (FAAN) and resolution of the South East Governors’ Forum (SEGF) on removal of obstructions to improve safety standards at the airport.

It denied intending to acquire property belonging to the Nigeria Railway Corporation (NRC) or frustrate Federal Government’s efforts to extend its standard gauge railway project to the South East zone, as alleged by the corporation.

Railway District Manager (East), Osidipe Olusoji, had alleged at the weekend that ongoing demolition of property at its land in Ukwuorji, Emene, Enugu, could obstruct the standard gauge project, stressing that its land was not anywhere near the airport nor constituted a barrier to the rehabilitation.

But the state government stated yesterday that there was no intention to acquire any land belonging to the corporation.

It explained that it was rather determined to provide all needed support to NRC and other federal agencies in the state.

The Commissioner for Information, Mr. Chidi Aroh, who described the report as “unfortunate, deliberate and malicious falsehood” against the state government and the Enugu Capital Territory Development Authority (ECTDA), said the government was prepared to support efforts for the speedily completion of work at the airport.

Aroh stated that the demolition was part of the state’s commitment, as the host, to implement to the letter the decision of SEGF and ensure speedy completion of the airport’s rehabilitation.

Presenting a detailed narrative of what transpired, he said: “Pursuant to the resolution of SEGF referred to above, FAAN requested the removal of obstruction at the airport construction site along Ukwu Orji area by the rail tracks as contained in the FAAN letter to the governor reference no. FAAN/ENU/AM/22/VOL.V32 of 11th May, 2020.

“The state government then directed ECTDA to issue appropriate notices to all owners and occupants of illegal shanties and structures obstructing the construction of critical infrastructure at the airport.

“On June 29, 2020, FAAN issued a public notice advising all owners of illegal shanties and structures obstructing the construction of critical infrastructure at the airport to remove same within two weeks.”

He recalled that the state government had in an attempt to ensure safe operation of the airport, relocated the 120 metres Enugu State Broadcasting Services mast; constructed 1.3km asphalt road to the airport navigational facility; provided finance for upgrade of existing toilet facilities in the terminal building and installed sensor sanitary sittings such as contact lens automatic taps and flush systems, baby changing facilities, handicapped toilets, air conditioning and ventilation system.

“We have no intention whatsoever to acquire any piece of land belonging to NRC, rather the government is determined to provide all needed support to NRC and any other Federal Government agency operating within the state to ensure their full operation and functionality,” he added.

The airport billed for re-opening on August 30, 2020 was closed on August 24, 2019 to allow rehabilitation of its facilities and extension of its runway.