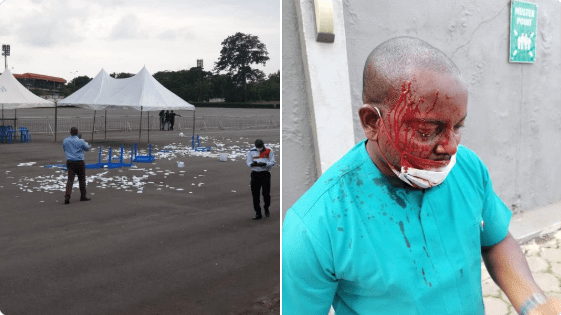 The Chairmanship election of the Nigerian Medical Association, Enugu State branch, turned into a free-for-all, following weeks of terse statements by warring factions.

The event took to a bloody brawl after disagreements arose during the election. Doctors were involved in activities unbecoming of the noble profession.

This goes to show that the association is no longer about the common interest of the Nigerian doctors.

Trouble has been looming when a faction suspended the Chairman, Dr. Okwesili a fortnight ago, leading to accusations and counter-accusations.

Some members of the association were spotted in a viral video destroying some of the election materials and there were also some with bloodied face.